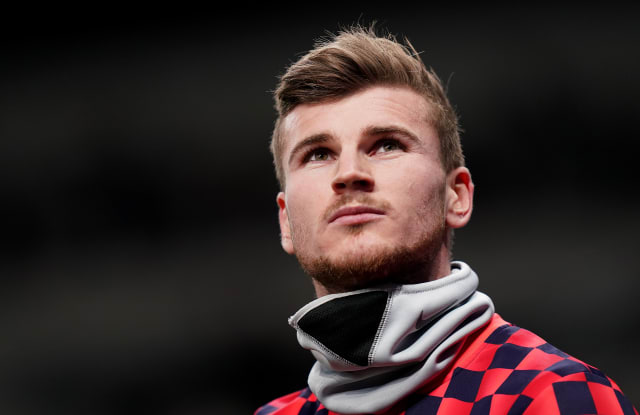 Tottenham will again have to do it the hard way in the Champions League after they suffered a 1-0 home defeat in the first leg of their last-16 tie with RB Leipzig.

Spurs’ run to the final last season was full of great escapes and comeback wins and they will need another after Timo Werner’s second-half penalty gave the Bundesliga side a deserved win in their first ever knockout game in this competition.

It also sees 32-year-old Leipzig coach Julian Nagelsmann, who has been dubbed ‘Baby Mourinho’ and is a rising star of European football, gain the edge over the man he has been named after.

But Spurs boss Jose Mourinho will claim this was not a fair fight as he was without two of his best attacking players, with the loss Son Heung-min on the eve of the match adding to that of Harry Kane.

The defeat would have been much worse had Hugo Lloris not produced a number of vital saves to keep Leipzig at bay, while Spurs struggled for clear opportunities at the other end.

Giovani Lo Celso had the best of them as his free-kick was turned on to the post, but it was a frustrating night for Mourinho.

Spurs will look to last season’s semi-final, where they turned around a similar first-leg defeat to Ajax with a dramatic night in Amsterdam, and there is the sense that something similar will be required in Leipzig on March 10.