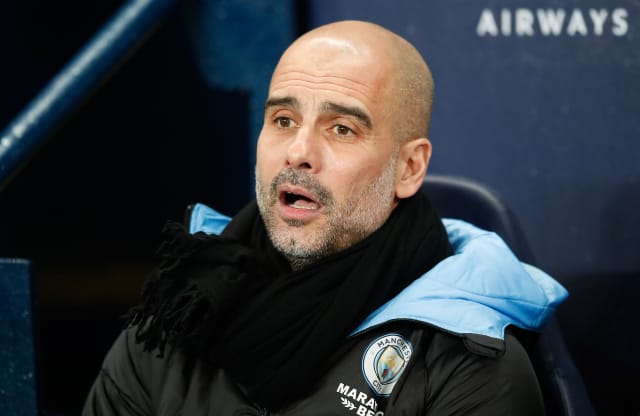 City were on Friday hit with a two-season European football ban and fined 30million euros (24.9million) for breaching financial rules, but have vowed to fight UEFA’s ruling.

Chief executive Ferran Soriano denied that City had been guilty of any wrongdoing on Wednesday, before manager Guardiola also backed the club’s hierarchy.

Guardiola spoke to Sky Sports before kick-off in the Premier League match at home to West Ham, saying: “We cannot control; we support the club 100 per cent, and what you have to do is play our games.

“(The players) are exceptional professionals. Hopefully (the fans) can help us here until the end of the season.

“It’s happened in the last seasons all the time, so we’ll just play our game.

“I know it’s not the perfect day to come, it’s a Champions League (night), and it’s raining, but we have to play for the people who are here.”

“These allegations are simply not true,” Sorriano said in a video interview on the club’s website.

“The owner has not put money in this club that has not been properly declared.

“We are a sustainable football club, we are profitable, we don’t have debt, our accounts have been scrutinised many times, by auditors, by regulators, by investors and this is perfectly clear.”

City, who have referred the case to the Court of Arbitration for Sport, have also been accused of not cooperating with the process.

But Soriano said: “We did cooperate with this process.

“We delivered a long list of documents and support that we believe is irrefutable evidence that the claims are not true and it was hard because we did this in the context of information being leaked to the media in the context of feeling that every step of the way, every engagement we had, we felt that we were considered guilty before anything was even discussed.

“But at the end, this is an internal process that has been initiated and then prosecuted and then judged by this FFP chamber at UEFA.”

City responded to UEFA’s decision on Friday by calling it a “prejudiced process” and Soriano said: “Of course a lot of people come now and say, well what were you expecting? This is the way it works.

“You should have expected a negative outcome the way the system is designed. But we didn’t believe that. We provided the evidence but in the end this FFP Investigatory Chamber relied more on out of context stolen emails than all the other evidence we provided of what actually happened and I think it is normal that we feel like we feel.

“Ultimately based on our experience and our perception this seems to be less about justice and more about politics.

“We went to CAS mid-process because it was clear to us that we were not having a fair process and we were concerned. We were specifically concerned about the leaks, the constant leak of information.

“The process has finished now, we are going to CAS again.”

Soriano said City are looking for an “early resolution” to the matter and hopes that it will be resolved before the start of summer.

He added that it was not an issue for manager Pep Guardiola or the players to comment on.

“Obviously, he (Guardiola) has been kept informed about this process but this is not something for him to respond to,” Soriano said.

“He is focused on the football, he is focusing on the game, the game at hand, the game today (against West Ham), tomorrow and the next weeks.

“As well as the players… They are calm, they are focused and this matter is more a business matter, a legal matter than a football matter.”