I will stay with Manchester City next season, says boss Pep Guardiola 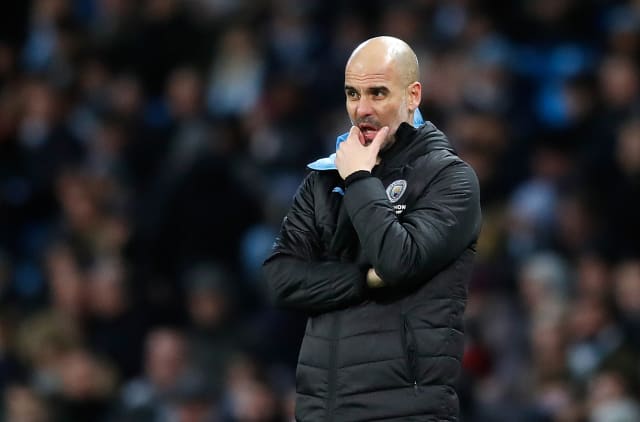 Pep Guardiola has confirmed he will still be at Manchester City next season irrespective of the result of the club’s appeal against a two-year UEFA club competitions ban.

There had been fears boss Guardiola and a number of top players would seek to move elsewhere if City are unsuccessful in challenging their sanction for breaching UEFA’s rules on Financial Fair Play.

But after watching his side ease past struggling West Ham 2-0 at the Etihad Stadium on Wednesday, Guardiola categorically restated his commitment to the club.

Guardiola told Sky Sports: “Personally, no matter what happens I will be here next season. If the club don’t sack me I will stay here 100 per cent – more than ever.

“I say now that I will stay until the end of my contract. I will stay and continue to help them maintain this level as soon as possible.

“Why should I leave when I said a month ago that I love this club and I like to be here.

“We spoke with the players and for the next three months here we are going to focus on what we have to do and then we will have to see the sentence.”

Guardiola’s loyalty was echoed by Kevin De Bruyne, who was once again integral in a commanding victory which keeps City clear of closest rivals Leicester in second place.

De Bruyne said the off-field issues would not affect the performances on the pitch as City look to seal a finishing position which would – appeal permitting – ensure a Champions League return.

De Bruyne said: “Obviously we were on holiday when the statement happened and I think we came back and we played football and the situation is what it is.

“We trained like normal and in the end nothing really changes for us – we just play the games that we have.

“I think the team gave their statement, so I don’t know as players what else we can do.

“We can just play football and in the end the situation will show what it can show.”