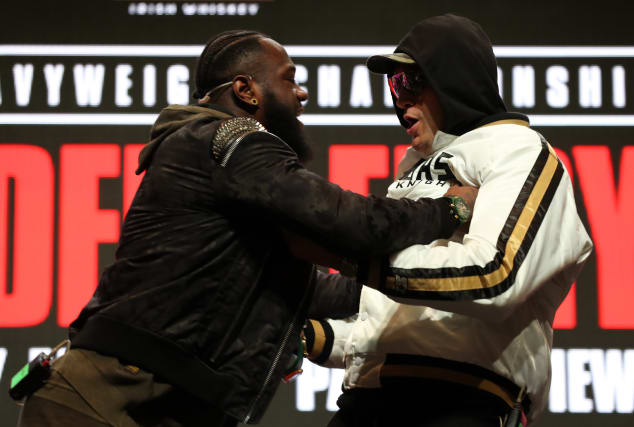 Tyson Fury and Deontay Wilder kicked off their final press conference with a shoving match ahead of Saturday’s WBC heavyweight title rematch.

As soon as the two men walked onto the stage, Briton Fury got right in Wilder’s face, singing and taunting the American champion.

Wilder kept his composure well until finally losing his patience and pushing Fury away, with the challenger then replying in kind before security staff quickly waded in.

As the slanging match continued, Fury claimed to have raised Wilder’s profile and stock – only for the American to taunt his rival about his mental health issues.