Who are the new faces in England’s SheBelieves Cup squad? 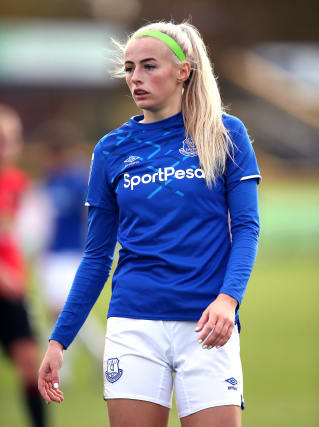 The Lionesses are defending champions after winning the tournament last year and will hope to impress in the United States after a stuttering end to 2019.

Here, the PA news agency takes a look at some of the new faces in the squad and why they have been selected.

West Ham defender Grace Fisk and Everton goalkeeper Sandy MacIver are the uncapped players in Neville’s squad. Toffees forward Chloe Kelly is also relatively inexperienced after playing just once for her country in the past. Ellie Roebuck, who has become first-choice at Manchester City this season, has only appeared on four occasions for the Lionesses while Chelsea star Beth England is in a similar situation, but both have starred in the Women’s Super League this term.

How have they earned this call-up?

Fisk only moved to West Ham in December, but caught the eye of the England Women’s head coach at a training camp and has made 30 appearances for her country at youth level. Since joining the Hammers, Fisk has impressed Neville with her attitude and leadership skills in the face of some poor results for her club side. MacIver is also a similar situation, only joining Everton in January after graduating from college in the United States. Like Fisk, she has been a regular for England from the under-17s through to the under-21s.

What is their club history?

Until December, Fisk had played her football for South Carolina Gamecocks, but is now a fully fledged member of Matt Beard’s West Ham side. MacIver had spent the past four years playing for Clemson Tigers on a soccer scholarship, but has impressed everyone at Everton since her January move.

Where do they fit into the squad?

England Women’s boss Neville described defender Fisk as having the potential to “become one of our best centre-backs”. She will hope to impose herself on the group alongside older professionals like Steph Houghton. Goalkeeper MacIver will work alongside Chelsea’s Carly Telford at the SheBelieves Cup and fellow youngster Ellie Roebuck, who has caught the eye at Manchester City this season in Karen Bardsley’s absence.