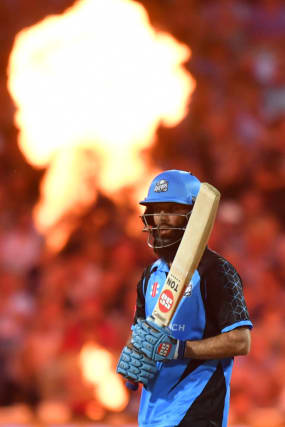 England all-rounder Mooen Ali will captain Birmingham Phoenix in the first season of The Hundred, the club have announced.

The 32-year-old, who started his career with Warwickshire, is one of two World Cup-winning players in the men’s team – the other being Chris Woakes – that will play at Edgbaston.

“Every time that I come to Edgbaston it takes me back to some great first memories of coming here at a very young age,” Ali said.

“I grew up in this area and to be the first-ever men’s captain of Birmingham Phoenix in a new and inclusive competition that will reach out to communities and welcome them in is very special for me.”

Ali has enjoyed domestic success in Twenty20 cricket, captaining Worcestershire to Vitality Blast Finals Day in each of the last two seasons and winning the tournament in 2018.

He added: “Worcestershire is where I have developed as a player and as a leader and captaining them in high-profile games like at Finals Day will shape the way I will lead the Birmingham Phoenix.

“It will also help that I’ve got my Rapids team-mate Pat Brown too because he is one of the best young white-ball bowlers in the country and when you add players like Chris Woakes, we have a strong local flavour that I’m sure can bring home the title.”

Andrew McDonald will be head coach of the men’s team and backed Moeen’s leadership to “inspire the next generation”.

The Australian said: “Moeen is a fantastic all-rounder and has the experience and temperament to lead the team.

“He’s involved in the local community in Birmingham and I know how much of a popular figure he is at Worcestershire too.

“I’m sure his efforts on and off the field will help inspire the next generation from our region and beyond to get involved in cricket.”