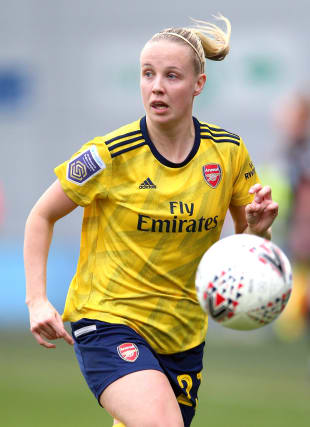 Arsenal striker Beth Mead has been left out of England Women’s squad for the She Believes Cup through injury.

The forward was forced off during her club’s 3-2 win over Liverpool on Thursday and will not join Phil Neville’s side in America for next month’s tournament.

Six of the squad competed for England at the Under-20 World Cup in 2018 as Neville turns his focus to youth ahead of Euro 2021 next year.