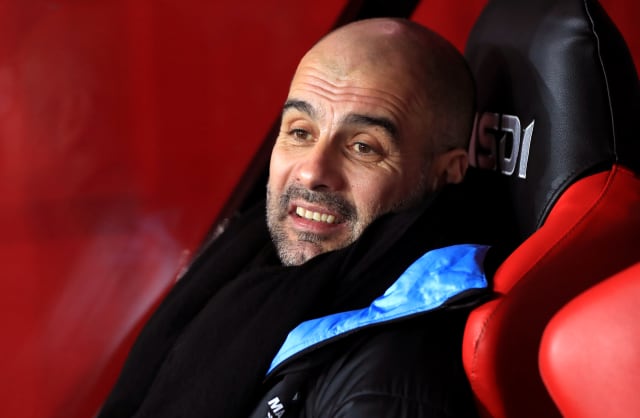 Manchester City will bid to refocus on their return to Premier League action on Wednesday when West Ham visit the Etihad Stadium.

Boss Pep Guardiola has yet to comment publicly on the club’s two-year UEFA club competition ban, but will be braced for questions, including those on his own future, in his post-match press conference.

The reigning champions were handed the sanction on Friday when UEFA announced the club had also been fined 30million euros (£24.9m) after being found to have committed “serious breaches” of Financial Fair Play regulations.

City stated on Friday evening that they would appeal against the decision to the Court of Arbitration for Sport, describing the process as “flawed and consistently leaked”.

The club’s chief executive Ferran Soriano briefed the players in person when they returned to training on Saturday afternoon, the PA news agency understands.

It is also understood City are not seeking an expedited hearing with CAS and are prepared for the process to take its due course.

Guardiola has been the subject of speculation since the news of the ban broke, but has so far remained silent on the matter as neither City nor West Ham held media conferences on Tuesday to preview Wednesday’s match.

The game, originally scheduled for February 9, was postponed due to Storm Ciara and because the rearranged date falls within the same match round, neither club was obliged to hold a second preview press conference.

City will be bidding to cut Liverpool’s huge lead at the top of the table back to 22 points when they return to action after their winter break.

Amid all the off-field uncertainty, City fans will take solace in the possible return to contention of Leroy Sane, Benjamin Mendy and Aymeric Laporte, who all trained on Monday.

German forward Sane has not featured since tearing a cruciate ligament in the Community Shield win over Liverpool in August.

Left-back Mendy has missed the last four games due to an unspecified knock and French centre-half Laporte has managed just one game since recovering from a knee ligament injury sustained in August.

Their return to fitness will be a massive boost for Guardiola, whose side sit one point above third-placed Leicester.

Raheem Sterling misses out due to a hamstring injury and Oleksandr Zinchenko is suspended following his dismissal for two bookable offences in City’s 2-0 defeat at Tottenham last time out.