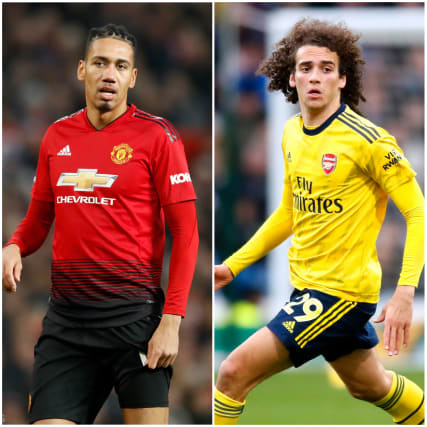 Tottenham and Everton have shown interest in 30-year-old Manchester United and England defender Chris Smalling, who is currently on loan at Roma, according to Italian newspaper Corriere dello Sport.

Arsenal midfielder Matteo Guendouzi could be on the chopping block after the 20-year-old was reportedly dumped for Sunday’s clash with Newcastle due to problems with his ‘attitude’ in training. Guendouzi could attract substantial interest if Arsenal decide to put him on the market, according to the Daily Mirror.

The Daily Express has reported that ‘tension’ between Boubakary Soumare and Lille has provided a major boost to potential transfer suitors Manchester United, Liverpool and Chelsea. The 20-year-old  midfielder was left out of Sunday’s crucial match against Marseille despite a breakout Ligue 1 season.

Ajax could be facing a mass exodus, the Athletic reports, with goalkeeper Andre Onana believed to be one of a whopping eight players who could leave the club in the summer transfer window.

Martin Braithwaite: The Danish striker is set to join Barcelona from Leganes The futures of Chris Smalling and Matteo Guendouzi are in the spotlightin an emergency deal, reports Spanish newspaper Mundo Deportivo.

Timeline of sport’s response to coronavirus on Thursday, April 9

Bilbao ready and willing to host European Championships next year