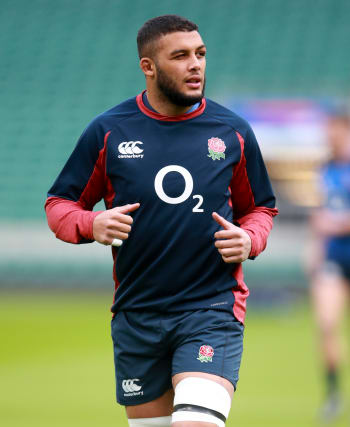 Lewis Ludlam will continue riding his wave of midweek elation into matchday as England’s Guinness Six Nations title pursuit steps up against Ireland on Sunday.

Ludlam came from nowhere to secure a place at the World Cup in Japan and remains a central figure in Eddie Jones’ back-row plans having made a start and replacement appearance in the first two rounds of the 2020 Championship.

The 24-year-old cried during the anthems when making his debut against Wales last summer and – while he continues to perform ‘God Save The Queen’ with relish – it is when the team is named that his excitement really builds.

“I get revved up as soon as I know the team. After it’s announced I’m buzzing and ready. I’m thinking about situations and being involved in the game,” Ludlam said.

“It’s a good thing, but there’s a fine line between being excited and having the emotion drain you.

“I haven’t felt drained in games yet but I’m fully aware that the lads who have played in the shirt for a long time have learned how to control their emotions and how to switch them on and off.

“I’m excited early on but I don’t necessarily think that’s a bad thing, but it’s something I’m working on.

“The moment I get really pumped up is during the anthems. That’s when my emotions are really high.

“The hairs stand up on the back of my neck and that’s when you really know you’re in it. That’s when it gets surreal.”

England can still win the title but they must halt Ireland’s Grand Slam march at Twickenham if they are to stay in contention.

“We have full belief in the team. It will be a hard thing to do but we’re aware of the ability we have in the team.

“As a team and as players we are always looking at hunting other teams down and scraping out wins. That has always been my mindset.”