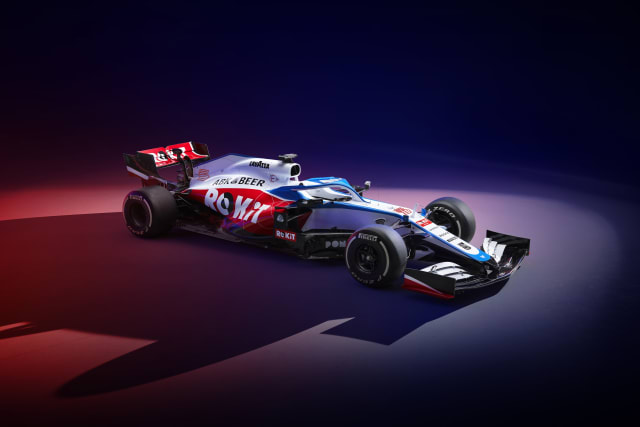 Williams deputy Claire Williams is adamant her team’s “fighting spirit is still very much alive” following the unveiling of this season’s Formula One car.

Following a turbulent 2019 in which Williams failed to make the start of pre-season testing prior to the worst year in their history, finishing last in the constructors’ championship with just one point, the FW43 is an evolution of last term’s car.

Featuring a significantly revised livery of red, white and blue, Williams claims that “this year marks a fresh start for the team” as it embarks on a quest for a more respectable campaign.

Williams added: “We have spent time addressing our areas of weakness and have ensured that we have the right people, structures, procedures and resource in place to deliver competitive race cars.

“We are all committed to rebuilding Williams and returning the team to competitiveness. As such, our 2020 campaign is about making progress.

“The fighting spirit is still very much alive, and this year, everyone will continue that fight until we get back to where we want to be.”

Design director Doug McKiernan has stated the team has focused on understanding the problem areas of the 2019 car.

He added: “We have carefully chosen parts of the car to develop, those that would give us the most performance for the resources we have.

“The main concept behind the FW43 is that it is a continuous development of the FW42, with no fundamental concept changes to the layout.

“There has been a healthy development rate in the wind tunnel, and we have found reasonable improvements in the cooling efficiency.

“The team has addressed the mechanical issues that affected it in 2019, these include the brakes and the overall weight of the car.

“We have made some good progress across these areas and will continue to focus on them during the season.”

The FW43 will be driven by George Russell, starting his second season in F1, and rookie Nicolas Latifi, who has replaced Alfa Romeo reserve and DTM-bound Robert Kubica.

The team is scheduled to deliver its car on time for the first of two three-day tests at Barcelona’s Circuit de Catalunya on Wednesday, prior to the new season beginning in Australia on March 15.