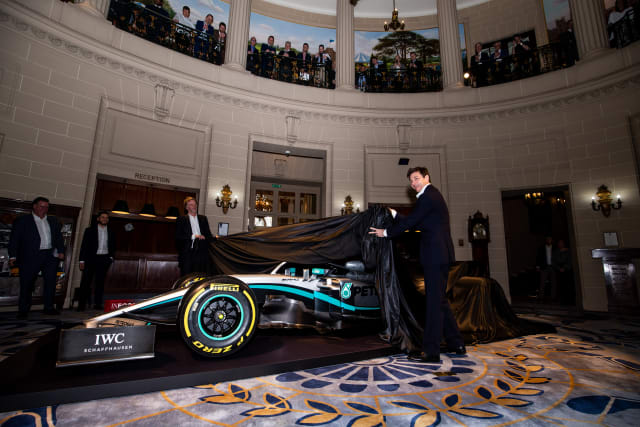 The new Formula One season is just around the corner and teams are preparing for the start of testing in Barcelona on Wednesday.

As the countdown continues to next month’s season-opening Australian Grand Prix, the PA news agency runs through how the cars will look in 2020.

Although there are new flashes of red thanks to a sponsorship deal with chemicals company Ineos, there is a familiar look about the W11. The solitary red star added to Mercedes’ design following Niki Lauda’s death in May features again, with team boss Toto Wolff saying last season that the tribute will remain on the car “forever”. Mercedes are chasing a seventh consecutive constructors’ title, and six-time drivers’ champion Lewis Hamilton again leads their charge.

Ferrari unveiled their 2020 challenger in a glitzy ceremony last week and will hope it can bridge the gap to Mercedes after going 11 years without a constructors’ crown, while Kimi Raikkonen was their last drivers’ champion in 2007. Christened the SF1000 as a nod to the 1,000-race milestone they will reach this season, team principal Mattia Binotto said: “It may look similar to last year but it’s completely different… and a lot of concepts are very extreme on that car.”

No surprises from Red Bull in the look of the RB16, which was the first 2020 car to hit the track when it was taken for a spin by Max Verstappen at Silverstone last week. After three wins for the Dutchman in 2019, the team will be hoping to build on a promising first year using Honda power, which led to their partnership with the Japanese manufacturer being extended to the end of 2021.

The MCL35 is McLaren’s final Renault-powered challenger before they switch back to Mercedes – with whom they won the 1998 constructors’ crown and three drivers’ titles – in 2021. The team have enjoyed steady improvements in recent seasons and finished fourth in 2019, representing their best performance since 2012.

Renault have been particularly secretive about their 2020 challenger, the RS20. Images published alongside their Paris launch event only offered partial glimpses of what appeared to be a predominantly black livery, while a picture of the car taking to the track in Barcelona was released only in black and white.

A completely new look for the former Toro Rosso outfit this year as the team take on the moniker of Red Bull’s fashion brand, AlphaTauri. Gone is the colour scheme of the energy drink giant’s cola product, replaced by a navy-and-white design. Entering their third season with Honda power, AlphaTauri will hope for continued progress after equalling their best finish in 2019.

Racing Point will be pink for at least one more season following the launch of their car on Monday. From 2021 the former Force India outfit will become the Aston Martin works team. One noticeable change is the absence of the logo of SportPesa, who were previously the team’s title sponsor, with Austrian water treatment company BWT – the backer behind the pink colour scheme – taking over from the betting brand as the team becomes BWT Racing Point.

Alfa Romeo’s new C39 took to the track on Valentine’s Day, but don’t expect this snakeskin design with heart-shaped logo to feature on the grid in Melbourne. In 2019 the team ran a temporary livery for their filming day before showing their true colours at pre-season testing. Alfa tweeted last week: “A snake goes through different skins before it reveals its final look…”.

Haas were scheduled to be one of the final teams to unveil their new look for 2020 but jumped the gun to become the first in early February. After a disappointing 2019 and an ill-fated sponsorship deal with Rich Energy, Haas have ditched their black-and-gold colour scheme for a return to a more familiar palette.

Last season was one to forget for Williams, who failed to make the start of pre-season testing before they finished the campaign with only a single point. The Oxfordshire outfit will be looking to turn over a new leaf in 2020 with the FW43, which is described as an “evolution” of last season’s car “with no fundamental concept changes to the layout”. A fresh design sees red feature more prominently, with heavy branding for title sponsor ROKiT.