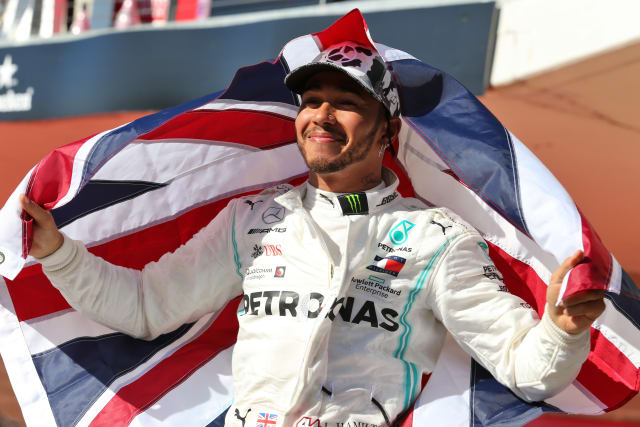 Lewis Hamilton vowed to continue to take a lead in the fight against climate change after being declared joint winner of the Laureus World Sportsman of the Year Award in Berlin.

Formula One world champion Hamilton shared the award with Lionel Messi after the pair received an equal number of votes from the sporting greats who make up the members of the Laureus Academy.

Hamilton sold his £25million private jet last year and has stated his desire to become carbon-neutral despite accusations of hypocrisy as he successfully pursued a sixth world drivers’ title.

Hamilton said: “I’m very conscious of the effect we’re all having on the environment which is such a key issue today.

“I’m beginning to make changes and trying to be part of the solution rather than the problem, and try to encourage other people to follow in my footsteps to build a better world.

“We’re in a really difficult and challenging time where we’re putting our future and our children’s futures at risk because of what we’re doing to the environment.”

Hamilton will match Michael Schumacher’s record of seven world titles if he retains his crown in the new Formula One season which begins in Australia next month.

And the 35-year-old acknowledged the responsibility of the world’s top sports stars to use their time in the spotlight to push for greater diversity across their respective disciplines.

Hamilton added: “Our sport has very little to no diversity – it’s an issue we’re continually facing.

“It is all our responsibility to use our platforms for that: really pushing for gender equality, inclusivity, really making sure we are engaging and representing where the world is today.”

Simone Biles was crowned Laureus World Sportswoman of the Year for the third time, after a year in which she won five medals in Stuttgart to become the most decorated gymnast in World Championships history.