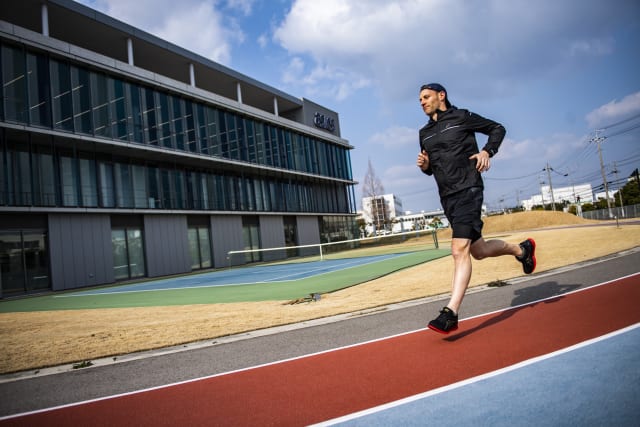 British runners set to take part in the Tokyo Marathon said they were “gutted” after organisers cancelled the race two weeks before the start due to coronavirus fears.

The race was due to have 38,000 people involved but it has become the latest sporting casualty of the deadly virus, which has killed more than 1,770 people.

Now the race, which takes place on March 1, will be limited to just the elite field of 176 athletes and 30 wheelchair athletes.

No runners will be refunded, although they will be given the option to defer their entry to 2021 – provided they pay next year’s race fee.

For many, the Tokyo Marathon is the last achievement in the World Marathon Majors, meaning many competitors have already completed races in London, Berlin, Boston, Chicago and New York.

Kieran Alger,  41 from London, said the expense of travelling to Japan means for many British runners it is the least accessible marathon.

He told the PA news agency: “Many leave Tokyo until last because of the expense of travelling and because it is really difficult to get a place in the ballot.

“Because of the timing of the race, we have been training throughout the winter months, through Christmas – it’s gutting.”

Race organisers said in a statement: “We have been preparing for the Tokyo Marathon 2020 while implementing preventive safety measures, however, now that a case of COVID-19 (coronavirus) has been confirmed within Tokyo, we cannot continue to launch the event within the scale we originally anticipated.”

Steve Denison, 55 from Leeds, and Jemima Bird, 47 from Barnsley, still plan to travel to Japan and intend to run 26 miles in Tokyo on the day, having completed an 18-week training programme.

Ms Bird said: “We planned an entire two-week holiday around this, so we still want to go. But it’s a bit gutting.

“We know a number of people are still going to go, and we’ll just have to get there a bit early and run before the elite runners on the day. There will be a little posse of us.

“We’ll just have to find somewhere that sells medals – because of the cost we probably won’t be able to fly out next year.”

The couple were up from 2am until 5am on the day the ballot opened in order to secure their place.

Elaine, from Belfast, told PA: “This one was special. I’ve been training for months, life has been put on hold because I wanted to achieve a personal best in Tokyo.

“The worst bit is the way the Tokyo Marathon organisers have handled the situation.

“Rather than communicate directly with those of us affected we had to find out through Facebook posts. And when they did finally update the website the Information was minimal.

“And to add insult to injury they will send a T-shirt for a race we never got to run.”

The 46-year-old said she spent more than £1,400 on flights that she is hoping can be deferred with her travel company.

He said: ” I’m just completely gutted if I’m honest. Tokyo was due to be my sixth and final star of the World Marathon Majors, so even more so than normal I guess. I’ve been training since November.”