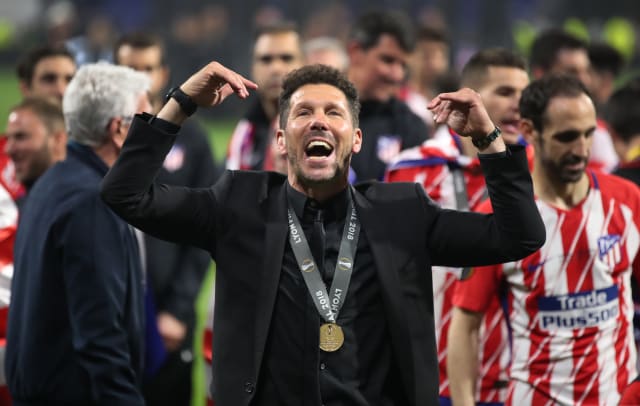 Liverpool face Atletico Madrid on Tuesday in the first leg of their Champions League last-16 tie.

Here, the PA news agency profiles the Spanish side ahead of the game at the Wanda Metropolitano.

How they got there

Atletico are mainstays of the Champions League and are competing in the competition for a seventh successive season, a period that includes final appearances in 2014 and 2016. They have not reached the quarter-finals, however, since 2017. This time they reached the knockout stages by finishing second to Juventus in Group D. They lost two games during the group programme, away at Juve and Bayer Leverkusen.

After finishing second in LaLiga last season, Atleti are currently running fourth this time around, behind arch-rivals Real Madrid, champions Barcelona and surprise package Getafe. In a tight battle for Champions League places, Sevilla, Villarreal, Valencia and Real Sociedad are within three points. Atletico also suffered a shock loss to third-tier Cultural Leonesa in the Copa del Rey in January. They go into the Liverpool tie after a 2-2 draw at Valencia on Friday.

The sides met in the Champions League group stages in 2008, with both games finishing 1-1. They last faced each other in the Europa League semi-finals of 2010, with the Spanish side prevailing on away goals after a 2-2 aggregate draw. Former Manchester United striker Diego Forlan scored the crucial goal in extra time. Atleti have lost only one of their last 25 European games at home – to Chelsea in 2017 – but Liverpool, of course, have happy memories of the Wanda Metropolitano from last year’s final.

Man at the helm

Diego Simeone is now in his ninth season in charge of Atletico, showing strong commitment to a club he enjoyed two spells with as a player, despite plenty of reported interest from other clubs. The Argentinian may advocate a tough, defensive style of play – in keeping with his playing persona as a combative midfielder – but he is also celebrated for his tactical acumen. He has enjoyed some notable successes with two Europa League wins, one LaLiga title and one Copa del Rey, as well as those two Champions League final appearances. He previously won Argentinian league titles with Estudiantes and River Plate.

To succeed, Liverpool are going to have to get past highly rated goalkeeper Jan Oblak, who is renowned for his shot stopping, while Ghanian holding midfielder Thomas Partey is also a strong obstacle. Saul Niguez, a dangerous box-to-box midfielder, will also need to be contained. Atletico, however, have injury concerns over some key attackers. Joao Felix, their £114million replacement for Antoine Griezmann, is doubtful after missing the last three games, while there is uncertainty over the fitness of former Chelsea striker Diego Costa and Alvaro Morata, who is on loan from Stamford Bridge. Costa has been out since November with a hernia problem but is now back in training. England right-back Kieran Trippier – whose last game for Tottenham was against Liverpool in last season’s final – is likely to miss out with a groin injury.