UEFA has to win CAS battle with Man City – or FFP is doomed, says finance expert 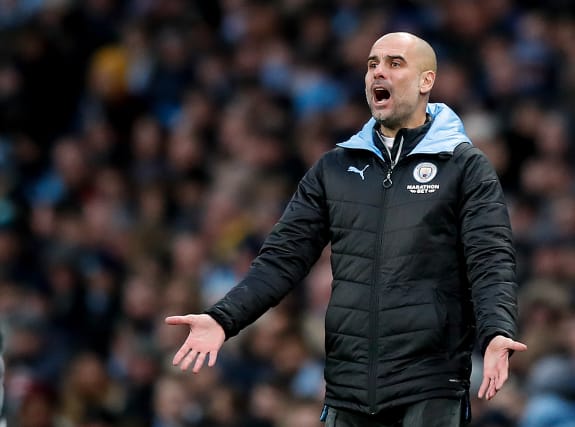 Manchester City’s enormous financial power and influence will pose a significant challenge to UEFA’s decision to ban the club from the Champions League, according to a leading academic.

The Premier League champions are to appeal to the Court of Arbitration for Sport against their punishment, which included a fine of 30million euros (£24.9million), after an investigation into accounts submitted by the club between 2012 and 2016.

While the two-year exclusion from European competition imposed by the governing body would mean a significant loss of revenue, City have the weight of the Abu Dhabi and Chinese governments and United States private equity firm Silver Lake behind them in what will be a hotly-contested and hugely-significant court battle.

And the future of UEFA’s whole Financial Fair Play model hinges on the success of this case, said professor Simon Chadwick, director at the Centre for the Eurasian Sport Industry.

“Many people believe at this point Manchester City are on the back foot but I could argue UEFA is more exposed in all of this,” Chadwick told the PA news agency.

“In essence UEFA has to try to win this because, if it doesn’t win or is undermined in any way, then its position on Financial Fair Play begins to unravel…FFP is scuppered.

“However, they are not taking on Wigan, they are taking on Asian governments, US tech investors and some of the smartest, most-talented people in football.

“It is transnational power versus localised governance. This is not Manchester City it is City Football Group.

“This is not about what’s going to happen to a football club, it is fundamentally about the power of an organisation to challenge the continental governance by a body like UEFA.”

CFG agreed a £265m sale of shares to a consortium of Chinese state-backed investment firms China Media Capital and CITIC Capital in 2015 and in November Silver Lake bought a £389m stake.

However, a lack of Champions League action could potentially cost them £100m a season and would force a realigning of their finances to avoid running into potential further FFP problems.

That would impact the transfer fees and wages the club were able to pay.

“Getting to the final you are talking about in excess of £100million so in prize money alone there is significant money involved,” added Chadwick.

“In terms of ticket sales, merchandising, building the overseas fanbase, not to be in the Champions League is not terminal, it is not catastrophic, but it significantly will undermine your financial performance.

“And if you have been penalised financially by UEFA for having breached the regulations and then you miss out on the revenues associated with the Champions League it is a double-whammy.

“If you are thrust into this situation where you are constantly breaching regulations because your costs are too high then the consequence is you need to start regulating your costs.

“In terms of controlling costs you are talking about salaries and transfers fees, so in an isolated environment that would be the outcome.

“But I am not convinced the way people think this is going to turn out will turn out that way.”

Former City midfielder Michael Brown believes the focus will now fall on manager Pep Guardiola and many of big-name players.

“This is where it really puts pressure on the manager Pep Guardiola,” Brown, who played for City between 1995 and 2000, told Sky Sports News.

“The test will be with him if he cannot strengthen in a way that he probably wanted in the summer.

“It might be a certain player who says ‘I want to go somewhere else for a different challenge’ with no Champions League, but there will be lots of other players who will want to come to Manchester City. That will be key.”