Moeen Ali eyeing a return to Test cricket this summer 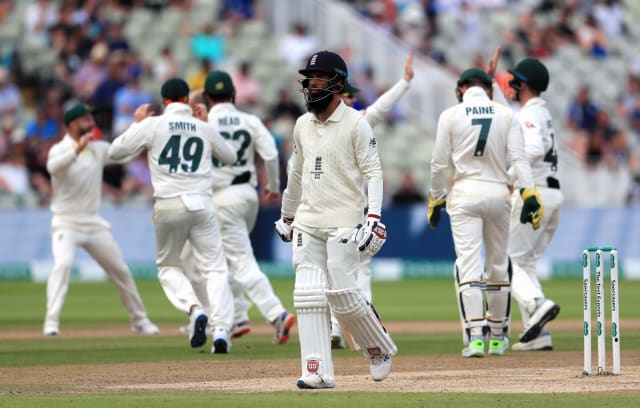 Moeen Ali has set his sights on a Test return this summer, revealing the reason he made himself unavailable for England’s tour of Sri Lanka is so he can be at his optimum level when he does come back.

The off-spinning all-rounder was axed after a particularly forgettable outing in the Ashes opener last August before he decided to take an indefinite break from Tests, with England’s blessing, citing “burn out”.

He has been back on international duty for England’s limited-overs obligations in South Africa but his self-imposed exile from Test cricket will see him miss the two-Test tour of Sri Lanka next month.

It is a particular blow for England, given Moeen was their joint leading wicket-taker on their last visit to the country in November 2018 with 18 scalps at an average of 24.5, but he still has the hunger to play Tests.

While he accepts he will have a battle on his hands to regain his spot, Moeen, who has featured in 60 Tests, 102 one-day internationals and 27 Twenty20s, will only make himself available when he is convinced he is ready.

England face the West Indies and Pakistan in two three-Test series on home soil in June, July and August.

“Yes, I’m looking to target this summer, for sure,” he said. “I want to give myself a bit more time. I want to make sure.

“Test cricket is not a place for tired minds or if you’re not fully into it. It is the hardest format by a mile and I want to make sure when I come back that I’m at my best.

“I want to be improved as a player, as a bowler and batter in particular.

“I still want to play and have ambitions to play Test cricket. I’ll do it when I feel like I’m 100 per cent ready and I know I’ve got to fight for my spot. I will do it.”

Also on the agenda this year is the T20 World Cup. Moeen was part of the side that reached the final in the most recent edition four years ago, when the West Indies snatched victory from the jaws of defeat at Kolkata.

However, England know how it feels to lift a global title and they will look to secure an unprecedented World Cup double in Australia later this year following their 50-over success last summer.

“One hundred per cent, that’s what we’re gunning for,” Moeen said. “There are players who have won the Ashes and won the 50-over World Cup and this is our target for sure.

“We were so close in India and that still hurts us as a team. You look back and think we could have won that one, but hopefully we’ll win the next one.”

In an effort to boost their chances, Moeen intends to play in some domestic T20 competitions, starting later this month at the Pakistan Super League, where he will link up with former England coach Andy Flower at Multan Sultans.

“I want to go and enjoy some T20 leagues,” he added. “I want to give myself as much experience as I can (for the T20 World Cup). I’ve not actually played that much T20 international cricket.”

Moeen has proven his worth in England’s first two T20s against South Africa. He took an economical one for 22 from four overs in the one-run defeat at East London before turbo-charging England’s innings with 39 from only 11 balls in the two-run win at Durban.

The 32-year-old’s innings contained three fours and four sixes, a satisfying return for the number seven who admitted he has been recently strength training in order to regularly clear the ropes.

“I’ve been training quite a bit,” he added. “Trying to put on a bit of muscle, not too much because I bowl, but trying to get a bit stronger.

“But it was more about trying to hit the ball cleanly and trying to contribute.

“Number seven is a very difficult spot because you come in and you’re dictated by the pace of the game and the situation.