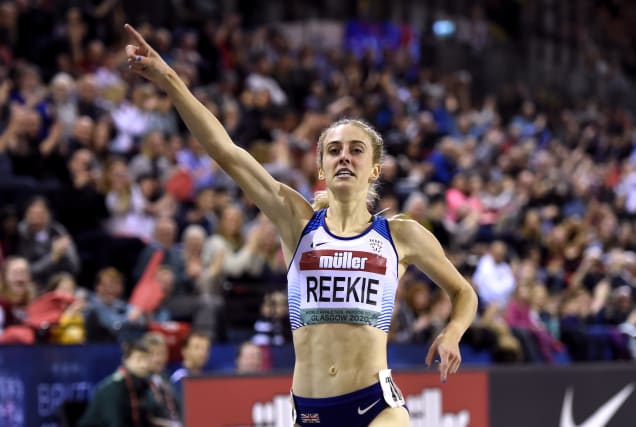 Jemma Reekie continued her sensational start to 2020 by winning the 1500 metres at the Muller Indoor Grand Prix in Glasgow.

The 21-year-old had already broken three British indoor records this month and produced a blistering final lap to overtake Ethiopian Dawit Seyaum on the home straight and finish in four minutes and 4.07 seconds.

The time did not threaten the British record she set last weekend – it was about three-and-a-half seconds out – but the Scot showed impressive determination and composure to make her move down the inside.

Reekie admitted she feared she might be boxed in at one stage but she forced her way through.

“A few points I had to get my elbows out,” she said. “That’s middle-distance running for you. I am just learning so getting the confidence that I can do that was good.

“I was hoping I was going to beat my own British record but it’s OK, I will take the win.”

There was another British success in the women’s 400m as Jessie Knight won in 51.57 seconds.

And history was created as Armand ‘Mondo’ Duplantis broke the world pole vault record for the second time inside a week.

The 20-year-old American-born Swede broke his own mark by a centimetre to record 6.18m.