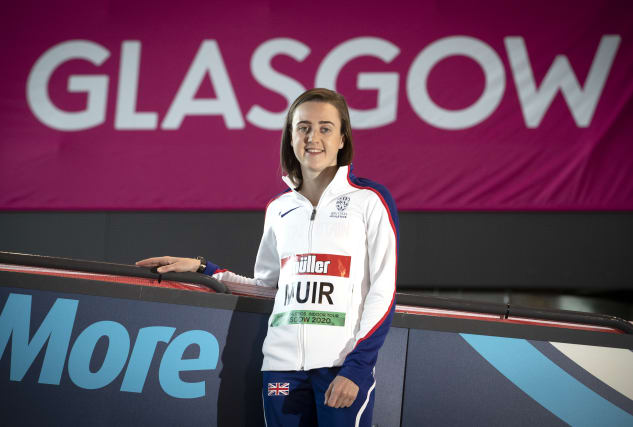 Laura Muir is even more determined to set a new world best this weekend after seeing Jemma Reekie and other training partners shatter records.

The double European champion was upstaged on the same track by Reekie two weeks ago as her 21-year-old fellow Scot knocked four seconds off her personal best to take the 800m British indoor record.

Reekie went on to break Muir’s British indoor records in both the 1500m and the miles at the Millrose Games in New York the following weekend.

Other athletes in coach Andy Young’s stable, Canadian Gabriela DeBues-Stafford and Scottish junior runner Eloise Walker, have also broken national records and Muir wants to get in on the act.

“I am three down already so I need to try and claw one back,” Muir said as she met reporters alongside Reekie at the Emirates Arena.

“I am feeling a bit left out. Gabriela did two national records in Millrose as well and a young girl, Eloise, set a 3k junior record in the middle of the week.

“So I need to try and get one on the cards.”

Muir is aiming to beat the mark of two minutes, 30.94 seconds held by Maria Mutola.

“I am pretty confident,” the 26-year-old said. “If I don’t pace it well I’ll be in trouble but if I get it spot-on then we’ll be very close. It’s going to be exciting.

“It would be really special. I have British and European records – slightly less British records now – but I have never gone for a world record before.

“It would be very, very special to do it here with lots of friends and family coming.”

Muir and Reekie have shared rooms as well as tracks and each stated they were with each other “24-7” during training camps.

And both feel they can benefit from their relationship after Reekie became an overnight star earlier this month.

“To be honest, I think we’ve got closer,” Muir said. “The faster you have got, the closer we have got.

“To have someone like Jemma right on my heels is so good for both of us. She is like a little sister to me. We travel the world together, we race each other a lot more now.

“Sorry to disappoint you, it’s not a big rivalry, we both work really well together. It’s great because we can push each other so much in training.

“I have always trained with guys and having a girl up next to you gives you that extra element. It’s really exciting for both of us to be in such a good place in an Olympic year because we are just going to push each other to get faster and faster.”

Muir’s advice on dealing with expectations and focusing on training came in handy after Reekie surprised even herself with her 800m run.

“I get a lot of advice from Laura and I do learn a lot, but also we manage things in different ways,” Reekie said.

“We are both very different as well. I know I can go to her with anything that I need to speak about.”