Warrington centre Gelling arrested on suspicion of wounding with intent 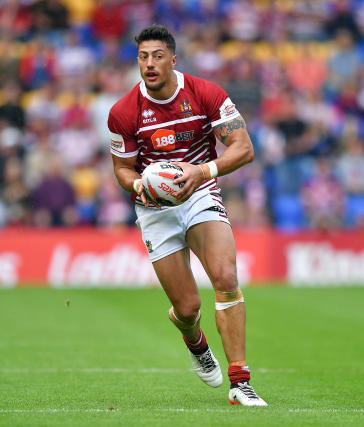 Warrington centre Anthony Gelling has been suspended by his club following his arrest on suspicion of wounding with intent.

Auckland born Gelling, 29, was questioned by detectives responding to a report of an assault at an address in Widnes on Saturday. He was released on conditional bail.

Warrington say the former Wigan player, who joined them on a two-year contract in the winter, has been stood down pending the outcome of an internal investigation.

A statement from Cheshire Police said: “At 3pm on Saturday 8 February police received a report of an assault at an address on Cronton Lane Mews in Widnes.

“A 29-year-old man was arrested on suspicion of wounding with intent. He has been questioned by detectives and released on conditional bail. Enquiries into the assault remain ongoing.”

The Cook Islands international, who helped his country qualify for the 2021 World Cup in November, joined Warrington from Widnes and has played in the first two rounds of Super League.

Wolves coach Steve Price would not comment on the situation at his weekly press conference but a statement from the club said: “Warrington Wolves can confirm that centre Anthony Gelling will not be available for selection pending a club investigation into conduct away from the club.”

The club say Gelling, who was in the Wigan team that beat Warrington in the 2016 Grand Final, is fully supportive of the investigation.

The statement added: “The club and player will be making no further comment at this time.”

Gelling, who was sacked by Sydney Roosters in 2010 along with team-mate Samuel Brunton after reportedly defecating in their hotel room, was signed by Wigan as an unknown in 2011 and went on to establish himself in Shaun Wane’s team.

Gelling proved to be a cult hero at Wigan with his eccentric behaviour, which include charging down a penalty goal attempt from Corey Parker in golden point extra time of the 2015 World Club Series clash with Brisbane.

He reported back for pre-season training ahead of the 2018 season but asked for a release after his girlfriend was involved in a car crash and he returned home to New Zealand to be closer to his family.

Gelling played a season with the New Zealand Warriors before returning to England to play for Widnes in the Championship in 2019.