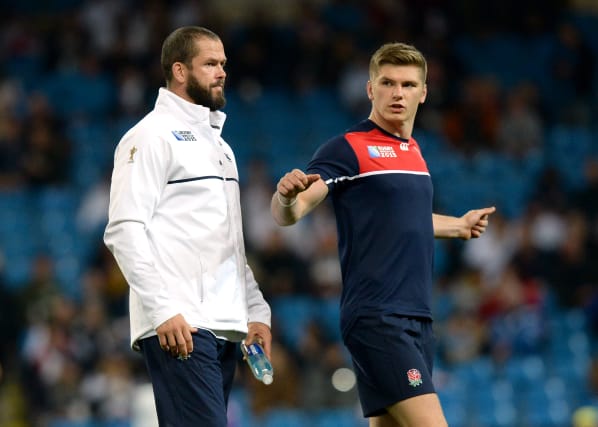 One of rugby’s greatest family dynasties will collide at Twickenham when Owen Farrell’s England host Andy Farrell’s Ireland in the Guinness Six Nations on February 23.

Here, the PA news agency examines the careers of father and son.

As the first name on the team sheet, Owen Farrell is the player Eddie Jones dare not lose. England’s heartbeat serves as the side’s goalkicker, ringmaster, captain and talisman, operating from either fly-half or inside centre. Ferociously committed and capable of driving the team on through sheer force of will, the Saracens playmaker is an aggressive defender whose occasional use of the shoulder sees him flirt with danger. Continues to grow as a creative force, but his short fuse is sometimes a source of alarm.

A two-time Man of Steel, Andy Farrell has the distinction of captaining Wigan, England and Great Britain in an illustrious playing career that started with his debut as a 16-year-old. The complete package in league with superb hands and goalkicking expertise to match his physical prowess. Appeared at the 2007 World Cup following his switch to union, but his playing time in the rival code was cut short by injury. A successful transition to coaching featured roles as an assistant with Saracens, England, the Lions and Ireland before replacing Joe Schmidt as head coach.