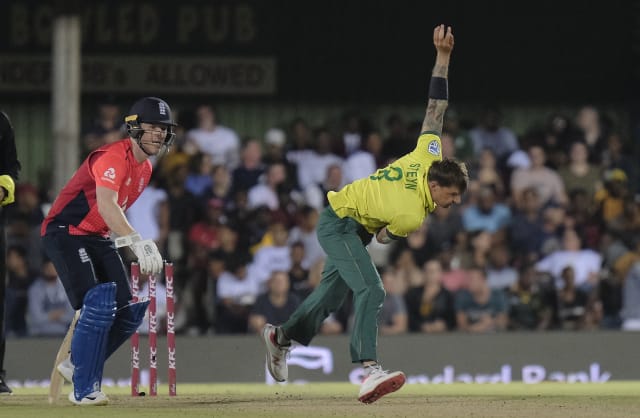 Eoin Morgan insists England’s agonising one-run defeat to South Africa in the opening Twenty20 will stand his side in good stead ahead of this year’s World Cup.

The tourists appeared to be coasting to victory at 132 for two in the 15th over in pursuit of 178 at East London, with Jason Roy and Morgan at the crease.

But Roy’s dismissal for 70 triggered a collapse which saw England lose seven wickets for 44 runs, including Morgan for 52, and seven off the final over proved beyond them against Lungi Ngidi’s variations.

Despite the defeat, Morgan was happy with the workout in the first of the three-match series, with the T20 World Cup in Australia looming in October.

The England skipper said at the post-match presentation: “Outstanding game of cricket, experiences like this are so valuable as a team, you learn more about both sides under pressure.

“Both sides left everything on the field, but we can make up more than that. We were in a commanding position but Ngidi changed the game in overs 18 and 20.”

Morgan went for one shot too many, holing out off Beuran Hendricks for a 34-ball 52 from the final delivery of the penultimate over.

He said: “With all the games I’ve played I’d have liked to see it through, but I’ll continue with my method, I’ve enjoyed my cricket thanks to the guys I’m playing with.

England fielded a top three of Roy, who hit 70 off 38 deliveries, Jos Buttler and Jonny Bairstow.

Morgan added: “Roy is a game-changer, the top three is three of the finest white-ball batsmen we’ve ever produced.”

Like the one-day international series, which ended in a 1-1 draw, South Africa drew first blood with Ngidi this time excelling with the ball at the death.

South Africa captain Quinton De Kock said: “Interesting towards the end there… it was very tight, but we knew we had to keep to our basics, here in East London it gets really slow and tough to bat on in the last five overs.

“I was still calm the whole way, win or lose, you can’t control, but the way we went about it pleased me.”