A closer look at how coronavirus is affecting the sporting schedule 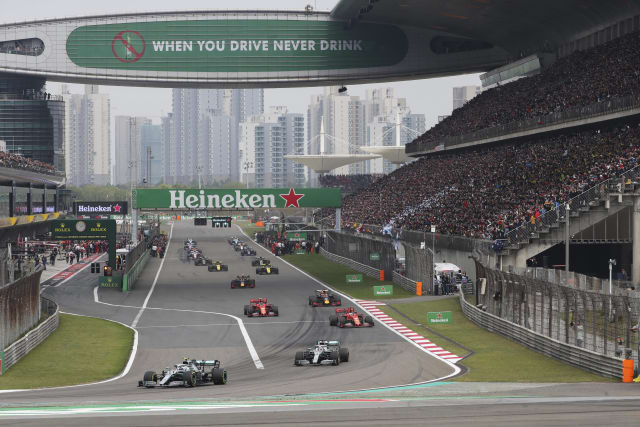 Formula One has become the latest sport to be impacted by the outbreak of coronavirus, with April’s Chinese Grand Prix now postponed.

Here, the PA news agency takes a look at some of the other sporting events which have been rescheduled or cancelled.

Nanjing was scheduled to host the World Athletics Indoor Championships from March 13-15, but following the emergence of coronavirus in Wuhan, the event has been postponed until 2021. The Hong Kong Marathon – due to take place on February 8 – was also cancelled.

The HSBC Women’s World Championships was set for Singapore at the end of February, but along with the Honda LPGA Thailand in Pattaya, have both been called off. The Blue Bay LPGA, scheduled for the start of March on the southern Chinese island of Hainan, will now also not take place due to the continued health concerns in the region.

The Chinese Football Association has postponed domestic matches, with the Chinese Super League supposed to start on February 22. The impact of coronavirus has also meant the rescheduling of Asian Champions League fixtures which are set to involve Shanghai Shenhua and Shanghai SIPG. Australia will now host a four-team Asian Olympics women’s qualifying tournament, which has been moved from Wuhan.

Having already seen the impact of the Australian bush fires on the start of the 2020 season, the International Tennis Federation made the decision to move the Fed Cup Asia/Oceania Group I event from Dongguan, China, to Kazakhstan. The event, though, was eventually scrapped after organisers in Nur-Sultan declined to take up the role of replacement hosts.

Given the decision had already been taken to cancel the Chinese Formula E Grand Prix in Sanya towards the end of March 21, it was perhaps no real surprise that the F1 showpiece event in Shanghai would come into doubt.

Amman in Jordan is set to host the Asia and Oceania International Olympic Committee boxing qualifiers instead of Wuhan.

The lucrative China Open ranking event in Beijing was set to take place from March 30 until April 5 as part of the build-up to the World Championship in Sheffield. However, concerns over the coronavirus outbreak saw the World Snooker Tour cancel the event, with discussions continuing over when it can be played.

Yanqing was set to host a round of the FIS World Cup over February 15/16, but the event was cancelled by the governing body amid the growing concerns, with the World Health Organization having declared coronavirus as a global emergency.

The Women’s basketball Olympics qualifiers were switched from Foshan to Belgrade, Serbia – where Great Britain saw their hopes of reaching Tokyo 2020 dashed.

India women’s hockey tour of China has been cancelled, while the International Hockey Federation also announced that the FIH Hockey Pro League matches between Australia and China, set to be played on March 14 and 15 in Chengdu, will also be put on hold.

Following several players puling out of the China Masters in Hainan, the competition was eventually cancelled. The China and Hong Kong’s men and women squad as well as India’s women withdrew from the Asia Team Championships in Manila. A decision has yet to be made over whether the Asia Championships will run as planned in Wuhan at the end of April.