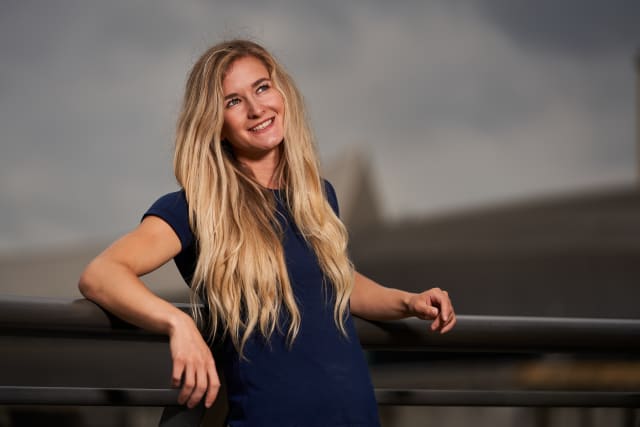 Shauna Coxsey will become the first sport climber to represent Great Britain at the Olympics later this year.

The 27-year-old from Runcorn is a former World Cup winner and a strong medal contender when the sport makes its debut at the Games in Tokyo.

Here, the PA news agency introduces five things you may not have known about sport climbing as it prepares for its big Olympic bow.

Olympic climbing consists of a combination of three disciplines – speed, bouldering and lead – with medals awarded based on the cumulative placements across each discipline. Speed climbing is a head-to-head elimination on a 12m wall. Bouldering involves the scaling of various routes on a 4m wall. In lead, athletes are given a set time to reach as high up a 12m wall as possible.

Most sport climbers specialise in specific disciplines – Coxsey usually competes in bouldering – and have criticised the combined event, particularly the inclusion of speed climbing. Many purists consider it an artificial discipline, and the free-climber Lynn Hill told Climbing Magazine: “It is like asking a middle distance runner to compete in the sprint – speed climbing is a sport within our sport.”

Arguably, this will not be the first time climbing has been recognised at the Olympics – nor would Coxsey be the first British climber to win a medal. At the 1924, 1932 and 1936 Games, medals were awarded for alpinism, recognising the most notable feat accomplished over the preceding Games cycle – for example, gold medals were awarded to the participants in the successful 1922 conquest of Mount Everest, led by Briton Charles Granville Bruce. The question of whether these medals qualify as official Olympic titles is still under dispute.

The inclusion of sport climbing in the Games for a first time should benefit hosts Japan. Rising stars Kai Harada and Miho Nonaka won the respective bouldering competitions at the World Beach Games in Qatar last year, and are considered leading contenders. Coxsey ranked 10th in the 2019 Combined World Cup rankings, behind leader and Tokyo favourite Janja Garnbret of Slovenia.

According to the Association of British Climbing Walls, over one million people now visit climbing walls in the UK annually. The surge in interest, mirrored across the globe, was recognised by the sport’s inclusion in the Olympic programme. Nick Colton of the British Mountaineering Council, the UK sport’s governing body, said: “Climbing represents the only basic human movement not yet included in the Olympic Games – it brings the missing vertical dimension to the world’s most prestigious sporting event.”