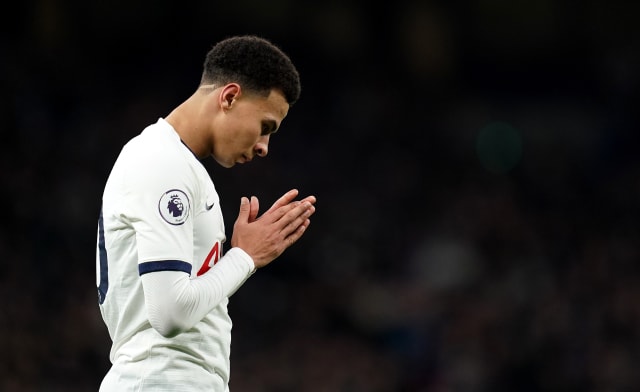 The Football Association has written to Tottenham midfielder Dele Alli to seek his observations about a social media post in which he appeared to joke about the coronavirus.

The PA news agency understands the England player, 23, has been contacted concerning a Snapchat video he posted on Saturday.

In it, he joked about the virus outbreak and appeared to mock an Asian man. The coronavirus has so far claimed the lives of over 900 people in mainland China, according to official figures.

Alli apologised for the Snapchat post in a video on the Chinese social media platform Weibo on Sunday.

“Hi guys, it’s Dele; I just wanted to apologise on my behalf for the video I posted on Snapchat yesterday,” he said.

“It wasn’t funny and I realised that immediately and took it down. I let myself down and the club.

“I don’t want you to have that impression of me because it wasn’t funny and I realised that straight away and took it down.

“It isn’t something that should be joked about. I’m sending all my love and all my thoughts and prayers to everyone in China.”