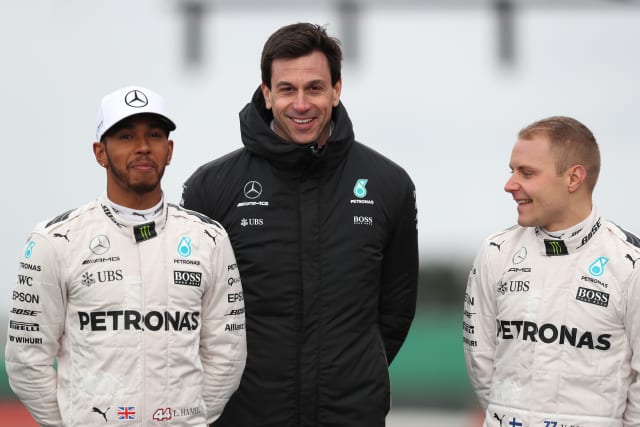 Hamilton, 35, is out of contract at the end of the year and Britain’s six-time world champion has been linked with a move to Ferrari.

“It is the obvious pairing going forward,” said Wolff, speaking as Mercedes unveiled a five-year partnership with Sir Jim Ratcliffe’s INEOS in London.

Wolff revealed he has not spoken to Hamilton since the team’s Christmas party in December.

“We travel for 10 months of the year and what we do over the winter is that we leave each other in peace.

“We said we would continue our discussions when he is back from America and we have kicked off the season.

“Lewis has proven he is the best current driver, and on the mid and long term, I would hope we can continue to provide technology to the best driver.”