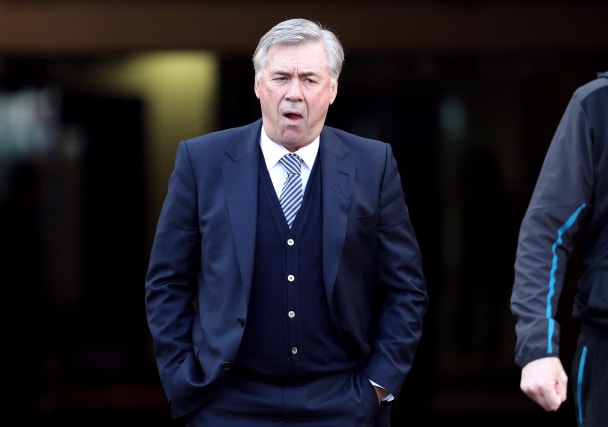 Everton manager Carlo Ancelotti insists he prioritises points over performances after admitting that for an hour against Crystal Palace the display was “not good”.

A 3-1 victory over the hopelessly out-of-form Eagles saw Ancelotti’s side move within five points of fourth-placed Chelsea.

That is a scenario which was unthinkable two months ago when Marco Silva was sacked with the club in the bottom three but the Italian’s experience and winning mentality has had an instant effect on the players.

The 17 points from his eight matches in charge is bettered only by near-neighbours and runaway Premier League leaders Liverpool (24) over the same period and is the reason why they are now genuine contenders for European football.

“I prefer to win than to have a good performance and lose. It is normal,” said the three-time Champions League winner after goals from Bernard, Richarlison and Dominic Calvert-Lewin.

“The result is really important for us after a performance that was not so good for 60 minutes.

“In this moment we believe in what we are doing and that is the most important part.

“The work everyone has done was really good: players, club, staff, everyone and now our table is good and we can dream to fight for the Europa League in the next games.”

Ancelotti even excused a mistake by England goalkeeper Jordan Pickford in allowing Christian Benteke’s shot to go under his body for the equaliser early in the second half.

“The keeper can do mistakes. It can happen. After that he did a fantastic save (also from Benteke),” said the Toffees boss.

While Everton continue on their upward curve Palace are heading in the other direction with no wins and just four points in their last seven matches.

They also have the worst goalscoring record in the Premier League, with just 23 in 26 matches.

Manager Roy Hodgson felt they needed to capitalise on their one good spell just after half-time when Benteke scored.

“I thought we played well for large parts of the game. Not right at the start but neither side were they playing well,” he said.

“For 20-25 minutes there was not much going on but after that I thought we started to play much better.

“We started the second half extremely well and when we got the equaliser I thought it was a fair reflection.

“It is a defeat that hurts us badly.”