May insists England are determined to make amends against Scotland 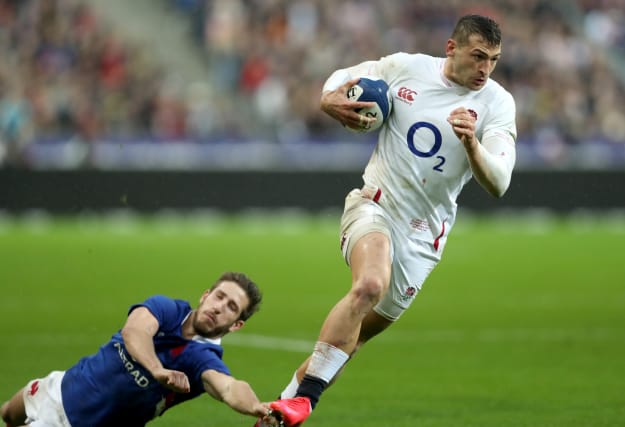 Jonny May insists England are determined to revive their Guinness Six Nations title ambitions by making amends for a feeble opening in Paris when they collide with Scotland at Murrayfield.

Eddie Jones’ World Cup runners-up took out their frustration at collapsing 24-17 against France in round one by cranking up the intensity in training at their Surrey training base on Thursday.

Now their aim is to reclaim the Calcutta Cup they last lifted in 2017 and in the process prevent their championship sliding into oblivion.

Heavy rain and strong winds brought by Storm Ciara are forecast to sweep across Edinburgh in time for the 4.45pm kick-off – and England face additional complications in the shape of Saracens’ latest setback.

On the eve of the 138th instalment of the game’s oldest rivalry, the six-strong Saracens contingent were waiting to discover what sanction their club faced for fielding a player without a work permit in a Champions Cup game last month, potentially resulting in them being removed from the quarter-finals.

England’s immediate concern, however, is atoning for a passive afternoon at the Stade de France.

“A six-day turnaround is what you want because you just want to get out there and put it right,” May said.

“You get a lot of emotional energy and those sorts of feelings from a game, they hang around.

“We know what’s coming – it’s England v Scotland, it’s a big game. We knew what was coming against France, it’s just making sure we’re ready for it, meet the challenge and overcome the challenge.

“Why can’t we still win the competition? Every time I play for England, we prepare to win. It is not ‘expect to win’, but you believe you can win.

“What is the point otherwise? Why would you have any other mindset other than prepare to win and believe you can win?”

England have been overpowered for two games in succession, including last autumn’s World Cup final rout by South Africa, so Eddie Jones has opted for a six-two split between forwards and backs on the bench.

Reversing England’s decline since New Zealand were overrun in Japan must be achieved in Edinburgh, where they have only a 48 percent win rate.

“The main thing that sticks out in my head about Murrayfield is just before the game when they cut the music and they sing the anthem,” said May, who has played in the Scottish capital on two previous occasions.

“It’s pretty special and as you can imagine, it gets them going. It’s about being ready for that but using that because it gives you a bit of fear, but the right type of fear.