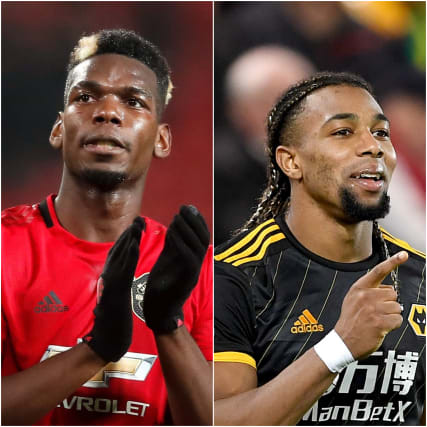 The path appears to be opening up for Paul Pogba to leave Manchester United, with The Sun reporting the club have dropped his asking price by £30million. In June the Frenchman said that he wanted a “new challenge” while dressing room sources recently said Pogba’s “head is not currently at the club”. His former side Juventus and Real Madrid are among the European teams who could now hand over the required £150m for the 26-year-old midfielder, who the Daily Star says has been excluded from United’s warm weather camp in Spain.

Adama Traore could leave Wolves for Barcelona at the end of the season, according to the Daily Mail. Wolves are preparing for a bidding war for the 24-year-old, who has impressed since signing at Molineux in August 2018. The Mail reports he is wanted back at the Nou Camp, having left to join Aston Villa in 2015.

The Liverpool Echo reports Everton are not considering acquiring Brazil forward Everton Soares from Gremio. The 23-year-old had said Toffees manager Carlo Ancelotti and Everton’s Brazilian striker Richarlison, 22, had been in contact about a possible move from the Brasileirao to the Premier League club.

The Echo also says Liverpool striker Taiwo Awoniyi has failed to impress while on loan at Mainz, with Liverpool bosses told a decision on his future will be required soon. The 22-year-old Nigerian is with the Bundesliga club for the season but has just six appearances, including one start.

David Brooks: Bournemouth boss Eddie Howe is optimistic that the Welsh midfielder, 22, will soon return to the pitch after rehabilitating an ankle problem, according to the Bournemouth Echo.