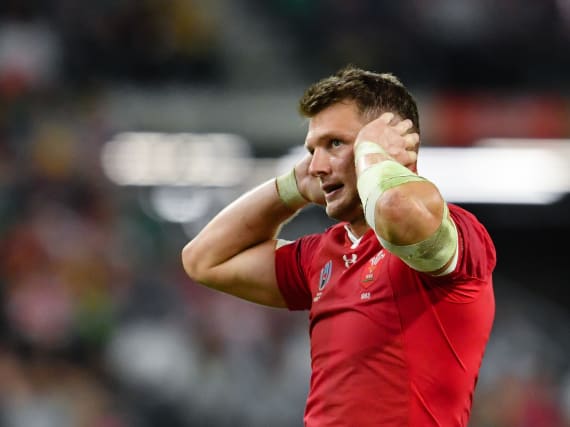 The opposing fly-halves will have key roles to play in expected testing conditions at the Aviva Stadium as Dublin prepares to be buffeted by Storm Ciara.

The losers are likely to be blown off course in terms of Six Nations title ambitions this season and the bookmakers favour a marginal Ireland victory.

Wales have not won a Six Nations game in Dublin since 2012, while Ireland were the last team to beat them on European rugby’s biggest stage when they triumphed 37-27 two years ago.

“He (Sexton) has been almost Ireland’s best player for the last 10 to 12 years,” Biggar said.

“It’s great to play against Johnny, one of the best blokes around that you will meet.

“He knows their game inside out, he will be driving them around the field, and I suppose it is up to us on Saturday to try and make life as uncomfortable for him as possible.

“If we give him a free ride and let him dictate play, we have seen over the years how good a player Johnny is. We need to try and force some errors out of him.

“But Johnny has been around the block long enough to know that any side playing Leinster or Ireland are going to try and make him make mistakes, but he has done OK over his career so far.

“It is really about which team can stop the momentum for the other team’s backs.

“With the weather as well, it looks as though it is going to be even more of an arm-wrestle – more than we initially thought it was going to be.

“I suppose it is probably going to be one for the purists. The weather is not going to be great by all accounts, so it’s certainly going to be a case of rolling your sleeves up.

“But it’s great, isn’t it? This is what the tournament is all about, going away from home and trying to pick up an away win.”

Wales have reeled off eight successive Six Nations victories, but they field just three players in their line-up this weekend – Leigh Halfpenny, George North and Taulupe Faletau – who started at the Aviva Stadium eight years ago.

Biggar is the fulcrum of a confident Wales team, though, playing as well as he has ever done in driving his country’s Six Nations title push and Northampton’d bid for Gallagher Premiership success.

And that was highlighted by his audacious pass through the legs pass that created a try for wing Josh Adams in last Saturday’s 42-0 victory over Italy.

Biggar added: “I realise I am not going to be around forever. I turned 30 last year, so I am still trying to think ‘I’m going to enjoy myself as much as I can in the next four or five years until I am out of the game’.

“I am really looking forward to going out there and playing. Whatever role I have in this team, it’s great to be involved.

“What we are trying to do on Saturday is make sure that we start the game well and take as much momentum away from them as possible.

“You saw that last Sunday when France absolutely steamrollered England at the start of the game, with the home crowd getting behind them. An early score, and they (England) never really found a way back.

“The big thing for us to learn this weekend is to start the game really well and make sure we keep the momentum.

“It is a tough place to play. Ultimately they try to get on the front foot early – that is how they play at home, traditionally.”