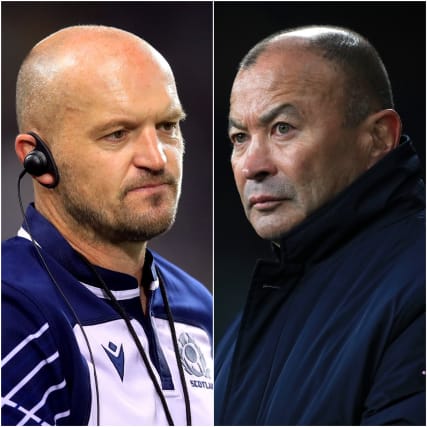 England head to Murrayfield for Saturday’s Guinness Six Nations clash with Scotland knowing their 48 per cent win record in Edinburgh leaves them facing an uphill task to lift the Calcutta Cup for the first time since 2017.

Only on one previous occasion in the Six Nations has Jones completed more drastic surgery to his starting XV – against Ireland two years ago – with the demotion of Ben Youngs to the bench the biggest casualty of the five changes made. Willi Heinz starts at scrum-half in his place, while Courtney Lawes, Charlie Ewels, Joe Marler and Manu Tuilagi are also gone, although the latter’s absence is at least enforced by a groin injury.

England have opted for a six-two split between forwards and backs on the bench and Jones has made it clear that he believes Scotland can be targeted upfront by unleashing a fresh wave of forwards in the second half. It was a tactic used to brilliant effect by South Africa in last autumn’s World Cup victory with the six reinforcements who arrived on to the pitch at pre-determined times dubbed the ‘Bomb Squad’.

For all the options on the bench, England are short of genuine firepower to blast them over the gainline – a deficiency evident in a grim defeat in Paris in round one. Tuilagi’s absence for at least one game has blunted their attack behind the scrum, with speed and agility the remaining elements left to their running game. The return of Mako Vunipola upfront provides some much needed punch in the carry but the loss of his younger brother Billy to a broken arm is keenly felt.

The last visit to Scotland’s stronghold ended in misery for England and Jones. Glaring breakdown shortcomings were exposed by the Scots as a five-Test losing run that placed Jones’ future in grave doubt was launched, prompting much soul-searching until it finally came to an end in Cape Town. And Jones himself was a target for physical and verbal abuse by fans on his return by train from Edinburgh to London, via Manchester. He has since said that such behaviour towards him is a regular occurrence.

They hate us, we hate them

Lewis Ludlam lit the fuse for the 138th meeting between the old rivals with the use of some incendiary language – “they hate us, we hate them”, that Scotland should expect a “war” and “we’re coming for them”. Cue inevitable and tedious Twitter outrage, but the Northampton flanker was merely spicing up the fixture and proving the Celts do not have a monopoly on passion. Townsend has struck a less aggressive note, while admitting “this is the most important fixture we play every year”.