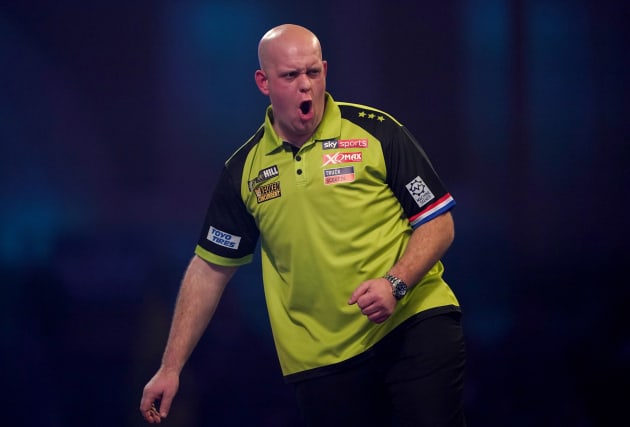 Michael Van Gerwen opened the defence of his PDC Unibet Premier League title with a 7-5 win over world champion Peter Wright in Aberdeen.

Wright had seen off Van Gerwen to lift the Sid Waddell Trophy for the first time at Alexandra Palace on New Year’s Day.

However, the Dutchman – seeking to deliver an unprecedented fifth successive Premier League title – made sure there would be no repeat with an impressive display in a high-quality match which saw several ton-plus finishes.

Van Gerwen recovered from going 2-0 down early on against the 49-year-old, who was born in Livingston and had been given a rousing welcome by the 7,000-strong home crowd.

Scotland’s John Henderson was the first of nine Challengers in this year’s Premier League, but – having been welcomed into the P&J Live venue by bagpipes – went down 7-3 against UK Open champion Nathan Aspinall.

The Scot, twice winner of the competition, had missed last year’s Premier League with a back problem.