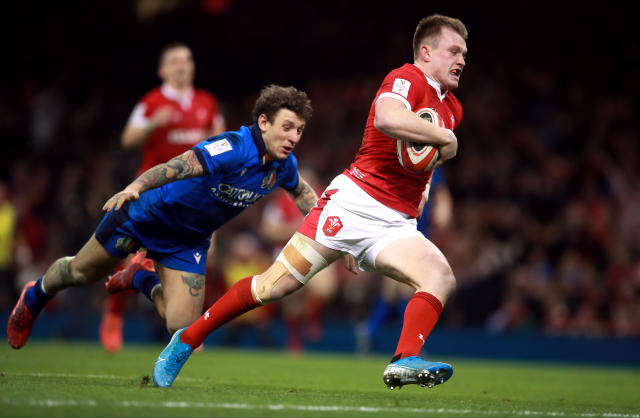 Tompkins, who delivered a try-scoring debut off the bench when Wales beat Italy 42-0 five days ago, partners Hadleigh Parkes in midfield.

George North, a centre starter against the Azzurri, moves back to his familar wing position, replacing Johnny McNicholl.

Wales head coach Wayne Pivac has made no other changes to the starting line-up.

Switches among the replacements, though, see McNicholl being joined by prop Rhys Carre, who is available again after serving a suspension following his sending off in Saracens’ Champions Cup victory over the Ospreys last month.

Scrum-half Gareth Davies and Gloucester back Owen Williams are also on the bench, together with Ospreys lock Adam Beard, who replaces an injured Cory Hill.