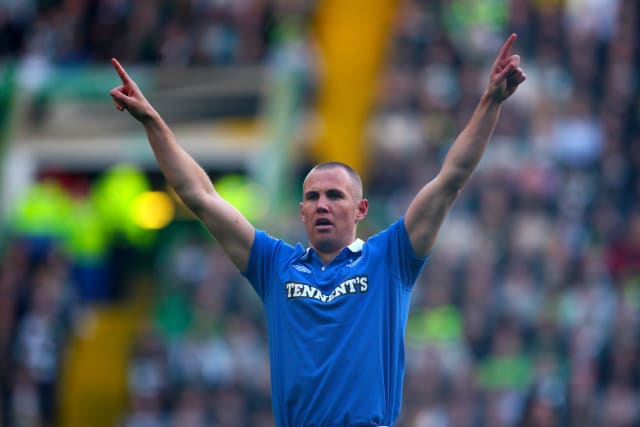 Miller, who enjoyed three spells at Rangers but also played for fierce Glasgow rivals Celtic, has decided to hang up his boots after recently leaving Partick Thistle.

In a statement released by his representatives Avid Sports & Entertainment Group, the 40-year-old said: “It has been a career far beyond my expectations.

“I would like to think that I give all young players hope that if you give everything you’ve got in every training session and match you can play at the highest level.

“I’ve scored goals in the Premier League, Champions League and at international level and you can’t ask for much more than that. Representing my country and pulling on that shirt as many times as I did is the greatest honour any young Scottish kid could have.

“If you had told me when I was a young boy at Hibs that my career would have gone like this I would have laughed at you!

“There are a lot of people I would like to thank, not least Donald Park, who gave me the best grounding and education any young footballer could have had during my time at Hibs, and Walter Smith, who was brave enough to bring me back to Rangers for the second time when most managers would have said no.

“Walter always had a knack of getting an extra 10 per cent out of me that I didn’t know I had – hopefully I have made them both proud.”

Miller worked his way through the ranks at Hibernian and made his senior debut in 1998. He scored 12 goals in 45 appearances before joining Rangers for the first time in 2000.

After scoring 50 goals for Wolves in a six-year spell in England, Miller spent one season with Celtic and also played for Derby, Bursaspor, Cardiff, Vancouver Whitecaps, Livingston, Dundee and Partick Thistle during his lengthy career.