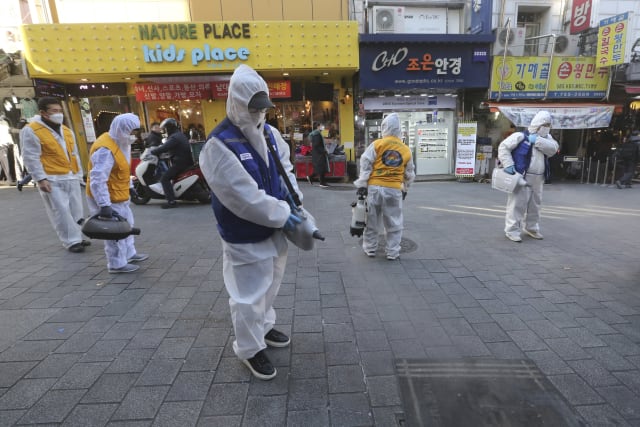 The chief executive of the Tokyo 2020 Olympic and Paralympic Games organising committee says he is “seriously worried” about the spread of the coronavirus.

The latest figures from the Chinese Health Commission on Wednesday reported that approaching 25,000 people have been infected there by the virus, resulting in a death toll of near 500, while 15 sports events have so far been either cancelled or postponed.

The Tokyo 2020 organising committee has stated there are no plans to cancel the Games this summer, with the Olympics getting under way on July 24.

But the committee’s chief executive Toshiro Muto expressed deep concerns when asked about the outbreak on Wednesday.

“I am seriously worried that the spread of the infectious disease could throw cold water on the momentum towards the Games,” Muto told reporters at an International Paralympic Committee meeting.

“I hope that it will be stamped out as soon as possible.”

Japan has not reported any deaths from the coronavirus to date. On Wednesday it was reported that there were 33 confirmed cases of the virus in Japan, while 10 people on board a cruise ship docked in the Japanese port of Yokohama are reported to have tested positive for the virus.

IPC spokesman Craig Spence struck a more upbeat tone than Muto, saying: “We have full confidence that the relevant authorities, in particular here in Japan and the World Health Organisation, will take all the necessary measures to address the situation.”

The likelihood of the Formula One Chinese Grand Prix going ahead in April appears to be receding.

Guidelines issued in a statement by the Shanghai Sports Federation declares that it will “strictly implement the requirement that the municipal sports bureau no longer organise events during the epidemic” and to “suspend all sports events until the epidemic is over”.

The ball is now in the court of the race promoter Juss Event Management, F1’s rights holders Liberty Media and motorsport’s world governing body, the FIA, with the latter issuing a statement last week saying it was monitoring the situation.

It is understood concerns are growing regarding the debut race in Vietnam on April 5, a country which shares an 800-mile border with China.

The World Athletics Indoor Championships in Nanjing have been postponed until next year, while the China Open snooker has been postponed, with organisers looking for a date later in the year.