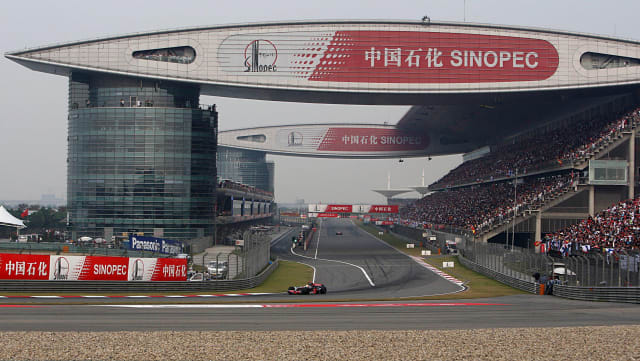 The Shanghai Sports Federation has increased the doubt surrounding April’s Chinese Grand Prix by recommending all sports events be cancelled until the coronavirus epidemic “is over”.

The latest figures from the Chinese Health Commission on Wednesday reported that approaching 25,000 people have been infected, resulting in a death toll of near 500, while 15 sports events have so far been either cancelled or postponed.

The most prominent has been the World Athletics Championships that were scheduled for Nanjing in mid-March; the Chinese Football Association has put on hold all domestic matches; while Formula E cancelled its race in Sanya that was due to take place on March 21.

The spotlight is now on the fourth event of Formula One’s record-breaking 22-race calendar this year at the Shanghai International Circuit on April 17-19.

Guidelines issued in a statement by the Shanghai Sports Federation declares that it will “strictly implement the requirement that the municipal sports bureau no longer organise events during the epidemic” and to “suspend all sports events until the epidemic is over”.

The ball is now in the court of the race promoter Juss Event Management, F1’s rights holders Liberty Media and motorsport’s world governing body, the FIA, with the latter issuing a statement last week saying it was monitoring the situation.

Although the race in Shanghai is still over nine weeks away, pressure will be mounting on all sides to make a decision, with the remarks from the Shanghai Sports Federation adding to the urgency of the matter.

The Foreign & Commonwealth Office continues to advise against all but essential travel to mainland China, while a number of airlines have suspended flights to the country.

F1 is due to discuss the situation at its latest Strategy Group meeting on Wednesday.

While not at risk at present, it is understood concerns are growing regarding the debut race in Vietnam, that shares an 800-mile border with China.

Ten cases have so far been confirmed, while the country’s health officials have stated that field hospitals are being erected to deal with the influx of its foreign nationals from China.

Two military facilities in Hanoi, where the grand prix is due to be staged from April 3-5, are being turned into quarantine centres as it prepares to receive 950 people.