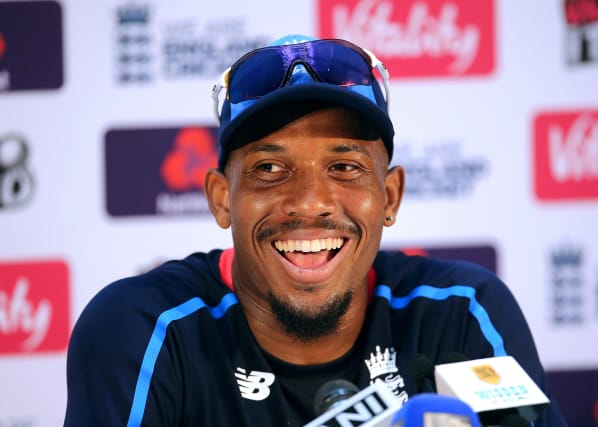 Chris Jordan knows he needs to make the most of his unexpected opportunity in England’s one-day side if he is to fulfil his wish to play alongside good friend Jofra Archer on a regular basis.

Jordan is a regular in England’s Twenty20 team but the fast bowler had not featured in an ODI for three-and-a-half years until the series-opening seven-wicket defeat to South Africa at Cape Town on Tuesday.

In the absence of World Cup-winning trio Archer (injured), Mark Wood (rested) and Liam Plunkett (overlooked), Jordan is one of the beneficiaries of England seeking to expand their talent pool in the 50-over format.

The fast bowler therefore hopes to grasp the opportunity he has been given with both hands in the remainder of the three-match ODI series, starting at Durban on Friday.

He said: “It was a nice surprise (to be selected) but a welcome one and one that I will be embrace.

“From a personal point of view I have been putting in a lot of hard work, playing in various tournaments around the world, putting in some decent performances on the T20 front for England.

“It was just nice to be back out there in the ODI side after three-and-a-half years, but it’s one thing being there, the next thing coming out and performing.

“It was obviously a bad result in the first match but we don’t want to dwell on it too much, just get back to what we do best, focus on ourselves and come harder in the next game.”

Spurring Jordan on to succeed is the thought of representing England alongside Sussex team-mate Archer, whom the 31-year-old has previously referred to as his “little brother”.

The pair, who were both born in the Caribbean but opted to represent England, have only taken to the field in an international match on one occasion, last year in a T20 against Pakistan.

With this year’s T20 World Cup creeping ever closer, Jordan said: “It would be nice to play a lot more cricket for England with him. I’m looking forward to it.”

Archer was originally slated to be rested for the ODI series before returning for the three T20s that follow, but an elbow problem that ruled him out of the last three Tests against the Proteas means he has returned to the UK.

Jordan added: “I speak to him quite regularly. I would say he’s a pretty laid-back character, as you all know by now. He’s not sweating on it too much.

“He’s the sort of guy that wants to play every single game for England and show what he can do. It’s frustrating for him but it is part and parcel of being a professional cricketer. I just wish him a speedy recovery.”

With Archer and Wood missing, England are without a bowler capable of routinely going above 90mph and there was little to distinguish between the pace of the seamers at Newlands on an unresponsive, slow surface.

When asked if a lack of speed has impacted the bowling group, Jordan responded: “What is pressure? I don’t really view it that way.

“At the end of the day we’re all here for a reason. We’re all here because we have various skill sets that are good enough for international cricket.

“Those other guys have different attributes to us, but it’s all about trying to be as effective as possible on that day.”