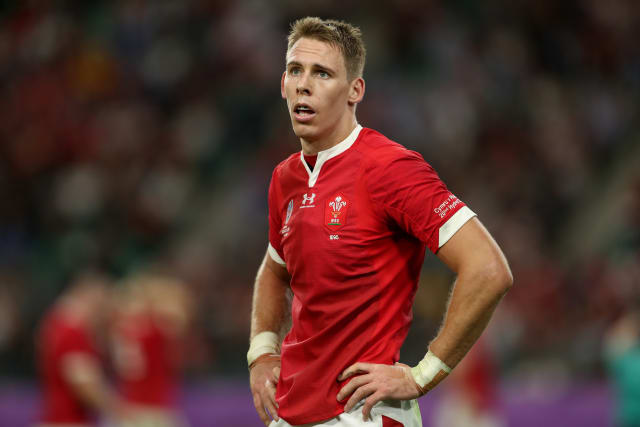 Wales look set to be without Liam Williams for the majority of this season’s Guinness Six Nations.

Saracens star Williams has not played since suffering an ankle injury during training ahead of Wales’ World Cup semi-final against South Africa more than three months ago.

It had been hoped he might have been in the mix for Saturday’s appointment with Ireland in Dublin.

But a return for the full-back or wing now looks unlikely until rounds four or five next month, when Wales tackle England at Twickenham then host Scotland.

“It (Saturday’s game) is a little bit early for Liam. We are possibly looking at the fourth or fifth games in the championship.

“But look at all the positives – the boys all worked well last weekend (against Italy).

“Leigh Halfpenny had a great game last weekend at full-back, though it would be nice to get Liam back, obviously.”

There is better news elsewhere, with centre Owen Watkin, scrum-half Gareth Davies and hooker Elliot Dee all back in training following recent injuries.

Wales head coach Wayne Pivac is due to name his starting line-up on Thursday for the Ireland game and the biggest selection debate looks set to revolve around midfield, and whether or not Saracens centre Nick Tompkins is handed a first Test start.

The 24-year-old excelled as a second-half replacement against Italy, scoring a brilliant solo try as Wales crushed the Azzurri 42-0.

If Tompkins is promoted off the bench, it would seem likely that George North would revert to his familiar wing position from outside centre.

Hayward said: “Nick made an impact and certainly put his hand up for selection.

“He took to the international stage like he had been there for many years. He applied himself in training and is very knowledgeable.

“Saracens are used to winning and playing in high-pressure games, and I think that showed.”