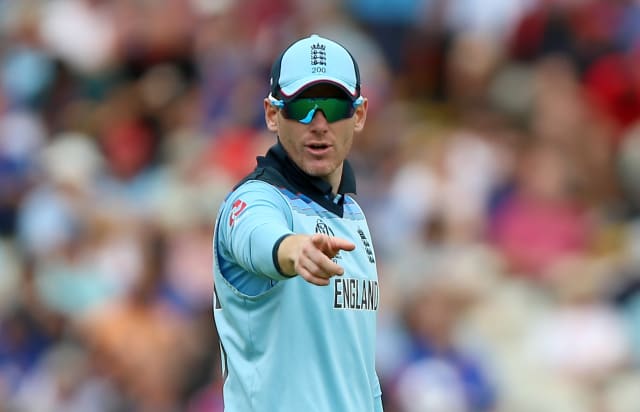 England captain Eoin Morgan admitted his side were “way off the mark” after crashing to a seven-wicket defeat against South Africa in their first one-day international since being crowned world champions.

Six months on from their historic success, England were outclassed in Cape Town, where a 173-run stand between Quinton De Kock (107) and Temba Bavuma (98) helped the Proteas reach their target of 259 with 14 balls to spare.

The tourists had earlier lurched from 51 without loss to 108 for five and then 131 for six but Joe Denly’s industrious 87 from 103 deliveries and a cameo of 40 from Chris Woakes lifted them to 258 for eight.

The efforts of De Kock and Bavuma shone a harsh light on how the rest of England’s batsmen failed to adapt to a slow pitch, where left-arm wrist-spinner Tabraiz Shamsi was the pick of the bowlers on either side with three for 38.

After falling 1-0 down in the three-match series, Morgan said at the presentation ceremony: “We were way off the mark. South Africa completely outplayed us in all departments. We’ve got no excuses, we didn’t adapt to conditions.

Woakes, who made his 100th ODI appearance at Newlands, believes finding out ways to subdue the opener could be crucial to the outcome of the series.

“He’s a world-class player and with him being captain now he has that side of his game where he wants to see them over the line which might give him that extra motivation to play even better,” Woakes said.

“That will be tough for us because we have to find ways to get him out. I’ve been fortunate to play with him in the IPL and he’s a world-class player, so we’re going to have to figure out how we can stop him scoring runs.

“He’s obviously a big, big player for them so it’s important we try to get him out early.”

The ODIs in Durban and Johannesburg are must-win affairs if England hope to prevail in this series and Woakes agreed that they cannot afford to dwell on this setback.

“White-ball games generally come thick and fast nowadays, there’s no time to feel sorry for yourselves or feel too high if you won the game,” he added.

While Bavuma was unable to join his captain in reaching three figures, falling agonisingly short after being trapped plumb in front by Chris Jordan, he insists he was merely happy to be playing.

A lean spell with the bat meant he was dropped ahead of the Test series against England and only returned for the final match in Johannesburg without making much of an impression.

He said: “To be honest it was just good to be on the field. That might sound a bit indifferent but for me, just being on the field again, running around with the guys, it was good.

“It was a different format, different type of pressure. I really felt like I was a kid with no burden out there, just trying to enjoy this game of cricket.

“The time away from the team has given me time to reflect and look at my game and realign myself with my goals and where I’d like to go. I’ve had to find the strength and courage to keep going along and keep enjoying the game.”