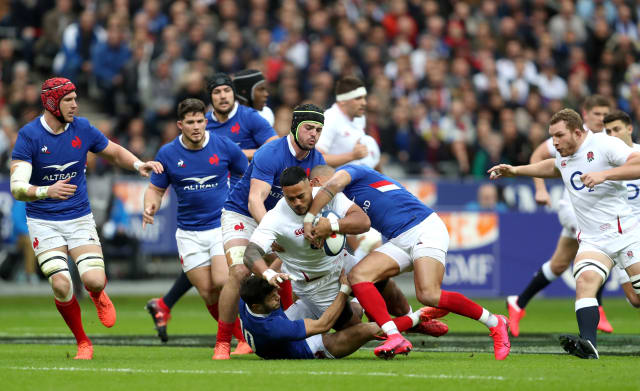 Manu Tuilagi will miss Saturday’s Six Nations clash against Scotland due to a “low-grade” groin strain but England head coach Eddie Jones is confident the centre’s tournament is not over.

The Leicester man was on Monday retained in a 34-man training squad to prepare for this weekend’s game at Murrayfield despite having limped off 16 minutes into Sunday’s 24-17 defeat to France in Paris.

Jones confirmed on Tuesday that Tuilagi will not be available in Edinburgh, but is hopeful the 28-year-old will be back for the rest of the championship.

“Manu had his MRI scan (on Monday night) and he has a slight, low-grade adductor strain,” the Australian said. “We’re hopeful he’ll be fit for Ireland. It’s very good news, outstanding news.”