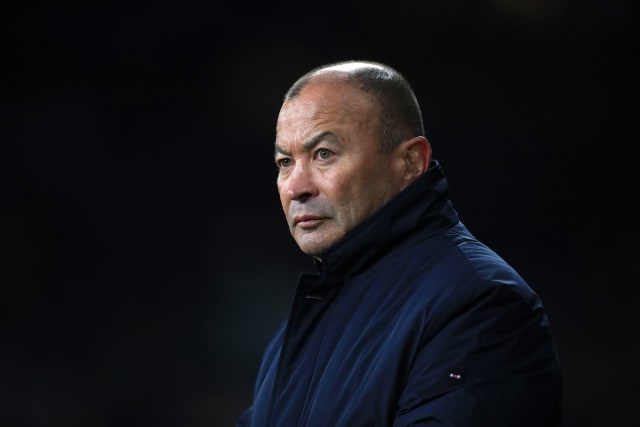 Eddie Jones insists England will be ready for any provocation in Saturday’s Guinness Six Nations clash at Murrayfield after branding Scotland “niggly”.

Jones recalls an incident before the game two years ago when Scotland number eight Ryan Wilson shoved George Ford in the tunnel, prompting Owen Farrell to rush to the defence of his team-mate.

That day ended in a 25-13 defeat that exposed glaring breakdown deficiencies and launched a five-Test losing run that placed Jones’ future in doubt.

In the first visit to Edinburgh since, Jones is primed for more provocation as England look to revive their title aspirations after losing 24-17 to France in Paris.

“Scotland are a niggly side. Our historical record against Scotland is interesting – over 80 per cent wins in England but only 50 per cent at Murrayfield,” Jones said.

Asked for an example of “niggly” conduct, Jones replied: “The dressing room scene two years ago when they tried to goad a couple of our players. And they were successful.

“Historically they’ve done that through the ages. That’s the way they stay in the game and they’re good at it.

“The Murrayfield environment helps them but you’ve got to be good enough to stay focused, be on task, do what you need to do.

“Composure is always important in rugby, but probably more so at Murrayfield.”

Luke Cowan-Dickie, whose form is placing pressure on starting hooker Jamie George, will embrace conflict on the field but sees incidents away from it such as 2018 as counter-productive.

“Off the pitch I just think it’s a bit stupid. I don’t know why people do that. In the tunnel I don’t think there is any need. There isn’t a place for it,” Cowan-Dickie said.

“It might fuel you for one, depending on the player, but it’s quite pointless. If it’s on the field and one of your mates is getting cuddled, as I call it, then a few of the boys will stick up for him.

“We’re going to be as calm as possible going into the game. We let ourselves down a bit in that game.

“After what happened against France, we definitely need to start strong. So the calmer we can be going into the game the better.”

England will travel north without Manu Tuilagi after the Leicester centre was ruled out by a groin injury, but he is expected to return in time to face Ireland two weeks later.

Tuilagi’s absence robs England of their most powerful player behind the scrum and his exit from the field against France resulted in a lack of firepower with Billy and Mako Vunipola already missing.

Jonathan Joseph came on as his replacement at the Stade de France and is competing with Ollie Devoto to deputise at outside centre.

Anthony Watson was a late withdrawal from the team for the Championship opener because of a calf issue but he is due to resume full training.