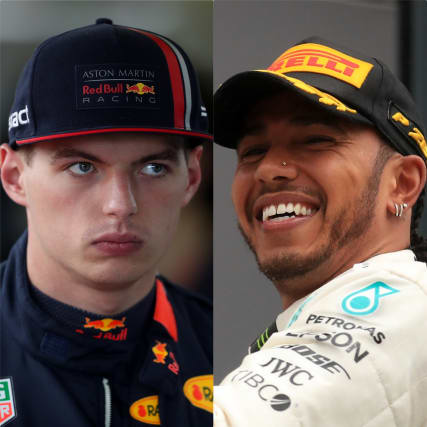 Max Verstappen insists he can beat Lewis Hamilton to the Formula One title, saying Britain's six-time world champion is "not God".

The 22-year-old Dutchman could prove Hamilton's closest challenger this year, following Red Bull's strong finish to the end of last season and few changes to the sport's technical rulebook.

Hamilton, 35, has dominated F1 in recent times, winning five of the last six championships, and will this year equal Michael Schumacher's record haul of seven if he secures another triumph.

But asked if he can beat Hamilton over the stretch of a season, Verstappen said: "Yes. Of course, it is very car-dependent in Formula One. Lewis is very good. He is definitely one of the best out there. He is not God, maybe God is with him, but he is not God.

"When you can put the pressure on it is a lot harder for the guy in the lead. If he never really has pressure, he can drive at 97 or 98 per cent and then you never make mistakes.

"If we start the season within two tenths (of Mercedes), we can mount the pressure. I am looking forward to when we get that fight and if we are really close I am pretty sure we can do better."

Verstappen resisted the lure of a move to either Mercedes or Ferrari by committing his long-term future to Red Bull with a four-year contract extension.