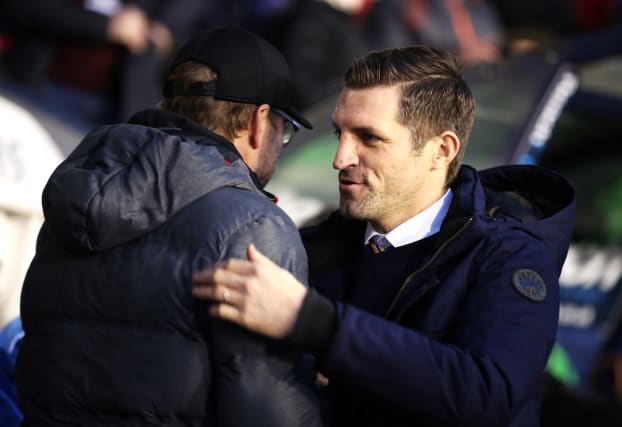 Shrewsbury manager Sam Ricketts wants his players to create more FA Cup memories when they travel to Anfield to take on Liverpool on Tuesday.

The Sky Bet League One side will face an inexperienced Reds team, with Under-23s coach Neil Critchley, not Jurgen Klopp, in charge.

Following a 2-2 draw in their fourth-round meeting, Klopp made the decision to withdraw his first-team players for the replay in order to respect the Premier League’s mid-season break.

For Shrewsbury, who have already played six games in the FA Cup this season after replays in the first and third rounds, they are just looking forward to another fixture in the competition.

Ricketts told the official club website: “We are here because we take the early rounds of the FA Cup so seriously.

“We want to create memories and moments like this. It will be an occasion, like the first game was, that everyone involved will remember for the rest of their lives.

“This is our seventh game in the competition this year. We have earned this replay, we have come through some tough games to get to this point. We want to enjoy this moment by doing the right things.”

During the previous meeting, Liverpool played a mixed XI with youngsters supplemented by the presence of Joel Matip, Dejan Lovren, Fabinho, Takumi Minamino and Divock Origi.

Mo Salah, Roberto Firmino and Alex Oxlade-Chamberlain were also summoned from the bench at Montgomery Waters Meadow, but none of those players will be involved for the fourth-round replay.

In spite of this, the Shrews have worked hard behind the scenes to find out exactly what they will come up against.

“When you play against a side like Liverpool, it doesn’t matter who plays, they will play exactly the same way,” Ricketts added.

“They will have the same principles when in possession and when out of possession, it will just be different lads in different slots. A lot of due diligence for this game has already been done.

“We are going to Anfield, the occasion will be fantastic. It will be a big occasion for the Liverpool players if they do change the team around. They won’t have played in a packed Anfield in a proper competitive game.”

Given the team the hosts will be putting out, some have suggested Shrewsbury are now favourites.

But Ricketts said: “There are some good, good players there and you don’t get anywhere near that Liverpool first-team unless you are a good player.”