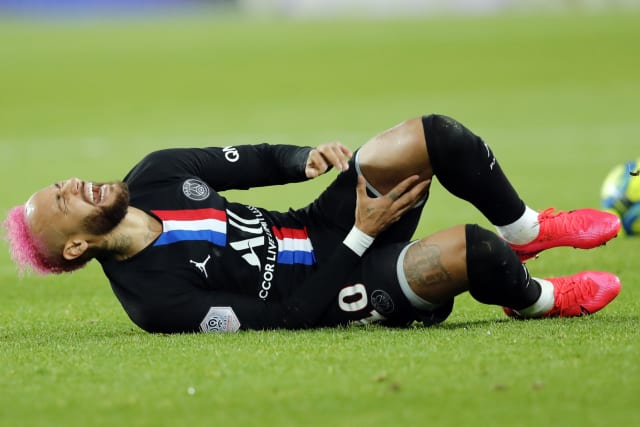 Paris St Germain forward Neymar will miss Tuesday’s Ligue 1 match away to Nantes due to a rib injury, just 48 hours after celebrating his 28th birthday at a nightclub in Paris.

He played the full 90 minutes on Saturday when Thomas Tuchel’s side thrashed Montpellier 5-0, but did need treatment during the first half.

Neymar will now miss the midweek encounter and his manager admitted the preparation for the fixture was not ideal with several PSG players out with the Brazilian on Sunday night at a venue close to the Eiffel Tower.

Tuchel told a press conference: “Is it the best way to prepare for a match? No, clearly not.

“Is it the worst thing in the world? No.

“I always protect my players, and I really love my team. With this party, I accept that it is a bit difficult to protect the players, but the context is not simply black or white.

“It is a shame, because we are giving people the chance to speak badly of us. We need to adapt to the situation, but I am not going to leave a player on the bench or at home because they went out and celebrated.”

With Neymar out of the match, the onus will be on Kylian Mbappe, who was involved in a heated discussion with Tuchel at the weekend.

The Frenchman was replaced in the second half by Mauro Icardi and showed his frustration with the PSG boss on the touchline.

“There is nothing personal between him and me. These things happen,” Tuchel added.

“It was between a player who does not want to come off and a coach who had his reasons for doing something and who wanted to give a game to players who deserved it.”