Murray can still be dangerous at Wimbledon – former coach Corretja 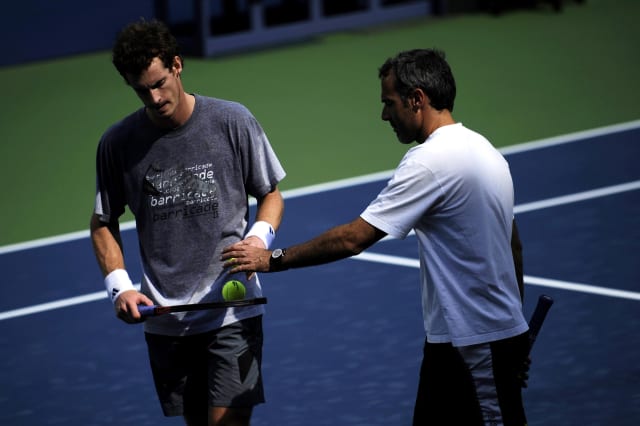 Andy Murray’s former coach Alex Corretja believes the Scot can still be a force at Wimbledon as long as he prepares in the right way.

Murray is currently sidelined by pelvic bone bruising, forcing him to miss the Australian Open, and it is unclear when the former world number one will be able to return to the match court.

Whenever that does happen, Corretja, who was part of Murray’s coaching team for three years between 2008 and 2011, thinks the 32-year-old should be focusing on the grass-court season.

Murray has not played a clay-court match since the French Open semi-final against Stan Wawrinka in 2017 that caused his hip problems to flare up.

Eurosport pundit Corretja does not think he should skip competing on the surface, though, saying: “I really don’t know exactly how he feels now but clay, he should use it to get enough matches to be ready for grass.

“Because if he skips the clay-court season, there is going to be such a long gap before the grass. And grass is only three weeks, so it is difficult to get the feeling of so many matches.

“He needs to go thinking that those matches are the best preparation I could have to be ready for Wimbledon, and that’s the only thing he needs to know.

“The more matches he gets, the better, but he doesn’t need to get overcooked. He’s got experience and his body is suffering.

“If he will be playing so many matches, it won’t change anything, because for him to reach the semi-finals in Madrid or in another tournament, it’s not going to make any difference.

“But, if something’s going to make a difference for him, it’s to have a good tournament at Wimbledon. And that means to be healthy.”

“Maybe he should say, ‘OK, I go back home, I stay in London, I practise’, and just get ready for Queen’s.”

Murray won the last of his three grand slam titles at Wimbledon in 2016 and made the quarter-finals the following year despite limping through the tournament.

With grass still a surface on which many players do not feel particularly comfortable, Corretja thinks the Scot can still be a threat.

“If he gets that kind of rhythm, he is going to be dangerous, because he knows the feeling and what it takes to win,” said the Spaniard.

“But it also depends on the draw, which is going to be a bit tricky for everyone because you don’t want to face him in the first rounds.

“It’s not going to be easy because, when you haven’t played for so long, to recover after long matches, best of five, it’s not easy.

“But I think whatever he will do in the future is going to be a gift. He’s done already everything that he wanted to.

“I remember speaking with him and he really told me when he started, he said, ‘I want to become number one, I want to win slams, I want to win Davis Cup, something that is for us nearly impossible’.

“He achieved all these goals, Olympics, so it should be just relief and feel like, OK, whatever comes that’s going to be an unbelievable prize.”