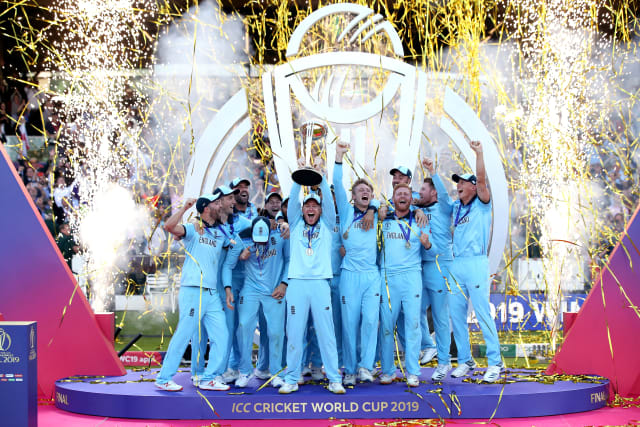 England are set for their first one-day international assignment since winning the World Cup last year with a three-match series against South Africa, which starts at Cape Town on Tuesday.

Here, the PA news agency looks at some of the talking points.

ODIs set to take a backseat

England capped a four-year resurgence in the ODI format by being crowned world champions following a gripping victory over New Zealand last July. That day at Lord’s will live long in the memory but with two T20 World Cups in the next two years, it is understandable that England will place more of an emphasis on the sprint format. That can be seen in the squads they have chosen to face the Proteas, with Ben Stokes, Jos Buttler, Mark Wood and the injured Jofra Archer stood down for the ODIs but returning for the three T20s which follow.

Give youth a chance

In the absence of several established performers, explosive 21-year-old Somerset batsman Tom Banton and young Lancashire bowlers Saqib Mahmood and Matt Parkinson are poised to make their ODI bows, either at Newlands or Durban or Johannesburg this week. There is much excitement surrounding Banton, in particular, after he followed up a breakthrough summer last year in both domestic limited-overs competitions with some tremendous displays in Australia’s Big Bash League. Both he and Parkinson showed glimpses of their quality in the T20 series against New Zealand at the back end of last year, and this represents another step up in their development.

England’s march from no-hopers to world champions saw them rip up their previous ODI blueprint but this cycle will see them attempt to expand their talent pool, which is why Banton, Parkinson and Mahmood have been brought along. Worcestershire’s 21-year-old seamer Pat Brown was also supposed to make the trip but a stress fracture in his lower back has ruled him out. England captain Eoin Morgan said on the eve of the series opener: “To put this series in context, it will allow us to build a broader squad so in three to four years’ time we have quite a substantial squad to select from like we did before last summer’s World Cup.”

Morgan in charge – but for how long?

Morgan was the catalyst for England’s transformation but contemplated his future in the weeks after their historic World Cup success, having been hampered by a back injury during the tournament. The Irishman has been non-committal about how long he will continue to captain England but, on Monday, he seemed to indicate he will oversee the T20 World Cup assignments in 2020 and 2021. Morgan’s tactical acumen has been evident in recent years – he is one of the sharpest minds in the game – but he remains a standout batsman, having averaged 52.73 in 21 ODIs last year at a remarkable strike-rate of 112.19.

Hashim Amla, Imran Tahir and JP Duminy are no longer available for South Africa in the 50-over format, meaning there has been a raft of changes in personnel from their last assignment – also at the World Cup last year. Five players in their 14-man squad are uncapped at ODI level while Quinton De Kock has taken over the captaincy from Faf Du Plessis. Only the wicketkeeper-batsman, middle-order big-hitter David Miller and all-rounder Andile Phehlukwayo have played more than 25 times in the format.