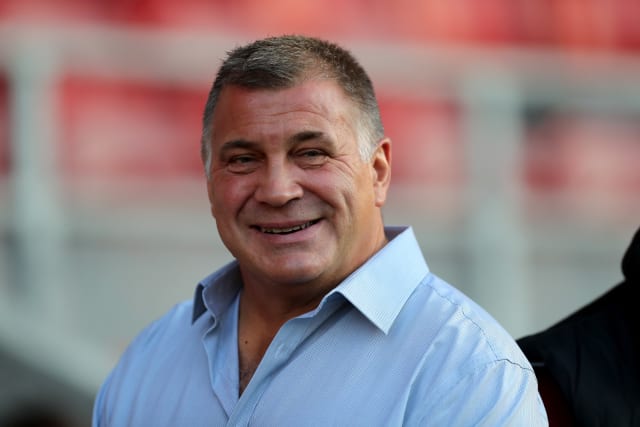 The 55-year-old Wane takes over on a full-time basis from Australian Wayne Bennett on a two-year contract which will take in this year’s home Ashes Series and the 2021 World Cup.

Wane left Wigan after guiding his hometown team to a third Grand Final at the end of the 2018 season and has spent the last year working as high performance coach for the Scottish Rugby Union.

Wane said: “I am honoured to be appointed head coach of my country’s national team at such an exciting and important time for rugby league in England.

“Everyone who knows me knows that I’ve always loved the game of rugby league and been proud of British rugby league.”

The appointment brings to an end the four-year reign of Bennett, who steered England to the 2017 World Cup final but lost much credibility while in charge of the re-formed Great Britain team that lost all four matches on their recent tour of New Zealand and Papua New Guinea.

Bennett’s part-time contract with the Rugby Football League ended after that tour and the decision not to renew it led directly to the resignation of RFL rugby director Sinfield, who was a big supporter of the veteran Australian.

“I would like to thank all the staff and players who have worked so hard on all the six England programmes during my time at the RFL,” said Sinfield, who was instrumental in creating the England performance unit.

“Our aim was to put the national teams at the pinnacle of our sport in terms of preparation and development, which I believe we have gone a long way towards achieving.

“I would particularly like to pay tribute to Wayne Bennett as England head coach.

“Wayne has always shown nothing but complete commitment to the England cause during his time in charge of the national team and the wealth of knowledge he has given to our players and coaches will enhance the game in this country for many years to come.

“His passion for this group of players to succeed in a home World Cup was evident every time I spoke to him about his players and I know it will be a disappointment that he cannot complete that journey with them.”

RFL chief executive Ralph Rimmer, who recently admitted that ticket sales for the Ashes Series would be a consideration when it came to appointing the next coach, says it is time for a change of direction with a full-time UK-based man in charge.

Rimmer, who with Sinfield carried out a review into the Lions tour, said: “We think this is an exciting appointment that will be welcomed by England rugby league supporters as we prepare for this year’s Ashes series and the 2021 Rugby League World Cup.

“Shaun is passionate about the game and his country and is also an outstanding coach, as shown by his record in eight seasons as Wigan’s head coach, a major feature of which was the success he and the club had in developing so many home-grown players.

“After careful consideration of the review report, the RFL board concluded that a change of direction on the position of head coach was the next evolution alongside adopting several of the recommendations made.

“We are confident that one of the benefits of Shaun’s appointment will be to further build support for and belief in the national team from the rugby league community and know that he will work closely with the clubs within this process.

“I’d like to place on record on behalf of the RFL and England and Great Britain Rugby League our thanks to Wayne Bennett for his immense contribution as our head coach over the last four years, when England reached the 2017 World Cup final and had an excellent home series win against New Zealand in 2018.”