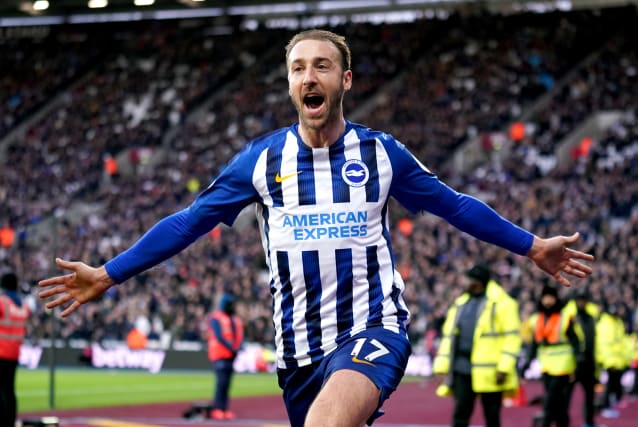 The 36-year-old was tipped to leave the club during last month’s transfer window having not started a Premier League match since mid-September.

But Murray was recalled to the starting line-up at West Ham on Saturday and responded with the late equaliser which secured a dramatic 3-3 draw.

Seagulls boss Graham Potter said: “I’m delighted Glenn’s agreed this new contract, and it’s one he deserves. He’s got it because of what he can bring to the team and squad.

“Everyone knows what Glenn brings to the club, and he’s an important member of the squad — on and off the pitch — and he showed that in abundance on Saturday at West Ham.

“I’ve always said he’s got a big part to play here. He’s happy and settled, he loves this club, and he’s been the ultimate professional on and off the pitch. He’s keeps himself in fantastic shape and that takes great dedication.”

Murray’s new deal keeps him at the Amex Stadium until June 2021.

His goal against the Hammers was his 111th for the Seagulls, spanning two spells with the club.