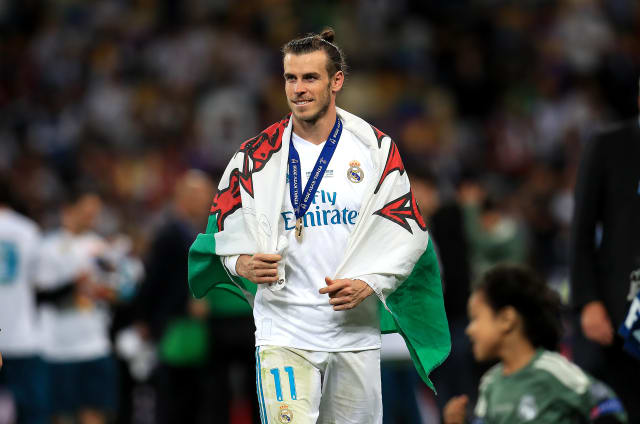 Gareth Bale’s agent Jonathan Barnett says he does not think his client will ever return to Tottenham.

The Wales international left Spurs for Real Madrid in 2013 for a then world-record £85million.

But there has not been a transfer window gone by in recent years without him being linked with a return to north London.

Barnett, who has often defended Bale in public after recent difficulties in the Spanish capital, says a move back to Spurs is not likely.

Asked whether it will ever happen, he told talkSPORT: “I don’t think so, no. He’s in a very fortunate position.

“When his contract is up hopefully he will sit down with me and his family and decide what he wants to do.

“Gareth is very happy over there.

“And let’s be realistic, for most clubs he is out of their league, financially.

“It is all well and good to say, ‘Go and give up that money and go and play somewhere else’, but it is not all about money. It is about his lifestyle and his children, who have grown up in Madrid.”

There was again strong speculation last month, with reports suggesting the two clubs were in dialogue, and that Daniel Levy visited Madrid for talks.

While the Spurs chairman may have been in the Spanish capital, there was no truth in the Premier League club targeting Bale in January.

“No. He may have [visited Madrid], it’s not for me to say whether he did or didn’t,” Barnett said.

“A lot has been said by people who don’t know anything about what is going on. You get articles by people who have absolutely no idea what they are talking about.”

Bale’s future has come under constant speculation ever since Zinedine Zidane’s return to the club and the 30-year-old travelled to China in the summer transfer window before a move collapsed at the 11th hour.

He has had a fractious relationship with fans and was left out of the Madrid derby this week for tactical reasons.

Barnett insists Bale is happy in Spain and wants to see out his contract at the Bernabeu.

“Gareth believes there is still a future there for him,” he added. “He has two-and-a-half more years there, he has a wife and three children who are happy.