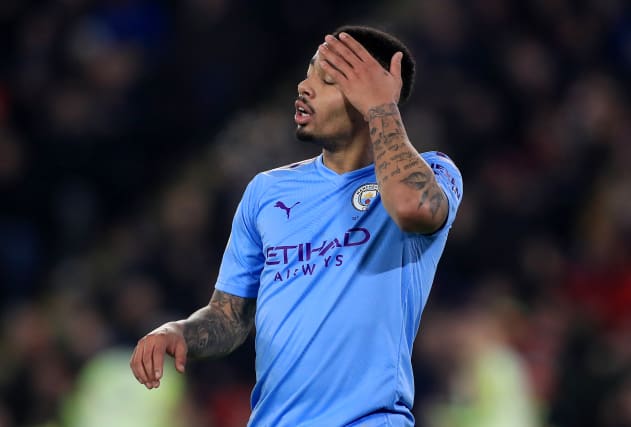 Manchester City’s miserable form from the penalty spot continued as Ilkay Gundogan had a shot saved in Sunday’s Premier League defeat at Tottenham.

It was City’s fourth missed penalty in their last six attempts in all competitions.

The omens were perhaps bad when City lost to Wolves on penalties in the Premier League Asia Trophy in China in pre-season. Gundogan, David Silva and Lukas Nmecha all had efforts saved in a shoot-out in Shanghai, after Raheem Sterling had missed one in normal time.

They did win a Community Shield shoot-out against Liverpool but here, the PA news agency looks at their mixed record since.

City’s record goalscorer has had his problems from the spot in the past – notably missing in last season’s Champions League loss to Spurs – but he has a 100 per cent record this term. The Argentinian began the season with a spot-kick in the 5-0 win at West Ham on the opening day – albeit having been spared by VAR after an initial miss – and has also netted against Watford in the Premier League and Atalanta in the Champions League.

City have turned to the German in recent weeks and with good results until Sunday. With Aguero not on the field, Gundogan scored against Leicester in December and Fulham in the FA Cup last week. He kept the job at Spurs even with Aguero on the field, but Hugo Lloris saved from the former Borussia Dortmund midfielder.

The Brazilian was the choice when City were awarded a penalty against Atalanta at the San Siro in November but his weak effort dribbled tamely wide. Things got no better when he missed a penalty for Brazil a week later. He had a chance to restore his confidence at Sheffield United last month but Dean Henderson saved.

The England forward was the man who stepped up at Wolves in December but Rui Patricio, the man who thwarted him in pre-season, twice denied him – from a first attempt and from a retake. Sterling was alert enough to score from the rebound from the retake, but it still counts as a miss.

City could return to Aguero for their next penalty, although his two misses last season are still relatively fresh in the memory.

Riyad Mahrez’s last penalty attempt was blazed well over the bar at Liverpool in October 2018 and even Kevin De Bruyne has suffered in the past, being denied by Everton’s Maarten Stekelenburg in 2016.

Bernardo Silva could be an option but a left-field choice would be goalkeeper Ederson. City manager Pep Guardiola recently described the Brazilian as the best penalty-taker in the squad – practical reasons have prevented him being tried so far but they may eventually think it worth the risk.